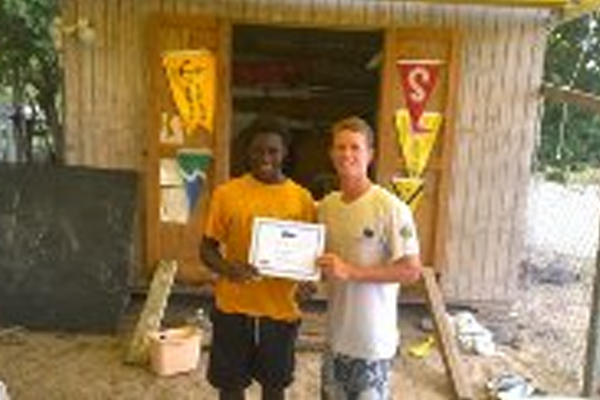 One Week Completed In Sailing Program

The graduates from the first week received their certificates on Friday 18th July.

Junior instructors for the week were Calvino and Julia.

There are three more weeks remaining with new students expected to book for the next two weeks and then all of the students for the total training session will team up in the fourth and final week for a grand mini regatta.

Theron took time out to thanks all those individuals and companies who assisted with making the camp a reality.

He also extended special thanks to ISAF (International Sailing Federation) and Tim Cross, their nominated expert who came to the Federation to train the instructors and to conduct an assessment of the sailing program on Nevis.