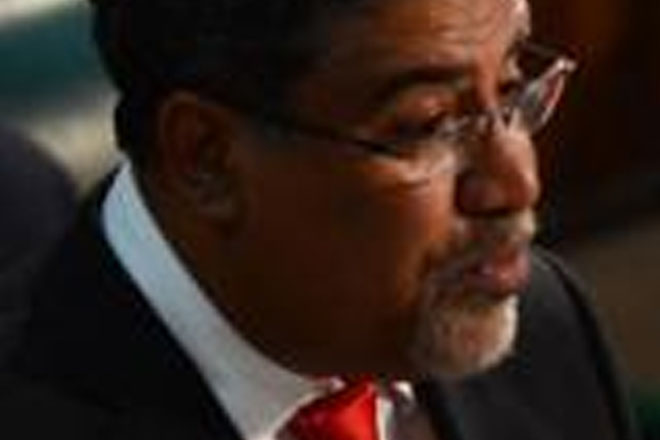 Kingston, Jamaica (JIS) — Tourism and entertainment minister, Dr Wykeham McNeill, says the proposed opening up of the Cuban market to visitors should be treated as an opportunity for Jamaica to further boost its tourism product, rather than be perceived as a threat to the local industry and, thus, cause for alarm.

“We are taking the matter seriously. But we should avoid overreaction and panic, and recognise that the Jamaican brand is strong and our product is world class,” he stated.

Rather, McNeill said the correct approach should be to “up our game while looking at the opportunities, and have confidence in Brand Jamaica. We have met challenges before, and we will meet this one as well.”

The minister made his remarks during his contribution to the 2015/16 Sectoral Debate in the House of Representatives on Tuesday, under the theme: ‘Tourism Working for Jamaica’.

McNeill said, prior to the announced opening up of the Cuban market, Jamaica was successfully competing with the neighbouring Spanish-speaking island in countries, such as Canada, the United Kingdom, Latin America, and Europe, which are key tourism source markets for both Caribbean nations.

“Therefore, the only market that will be affected by this policy change is the United States,” he said.

McNeill said, when US President Barack Obama announced his administration’s policy shift towards Cuba in 2014, a move “wholeheartedly” supported by the House of Representatives, he (McNeill) was “very pleased, because it is the right thing to do.”

The tourism minister said, in anticipation of this development, over the past two years, the Jamaican government has been having “serious discussions” with Cuba.

“So we were already well advanced with plans and programmes anticipating the inevitable change in policy,” he said.

McNeill pointed out that the ‘Louis Cristal’ (also known as Cuba Cruises) already home ports in Montego Bay, and travels from there to various destinations in Cuba.

“This programme started last year, has operated this year, and will continue next year as well,” he advised.

McNeill further informed that, late last year, he, along with other industry partners, visited and had discussions with Havanatur, a major tour operator in Cuba, to explore multi-destination opportunities Jamaica can pursue.

He advised that he will be attending the Commission of the Americas meeting in Haiti, in May, at which the main topic for discussion will be multi-destination travel.

The minister noted that this agenda was set and assistance provided by the United Nations World Tourism Organization (UNWTO), “which I initiated along with my colleague ministers of tourism from Haiti, the Dominican Republic and, of course, Cuba.”

Additionally, McNeill said that “out of an abundance of caution,” the Jamaica Tourist Board (JTB) is doing a study on the effects of the opening up of Cuba to the US market.

This study is expected to be completed later this year.