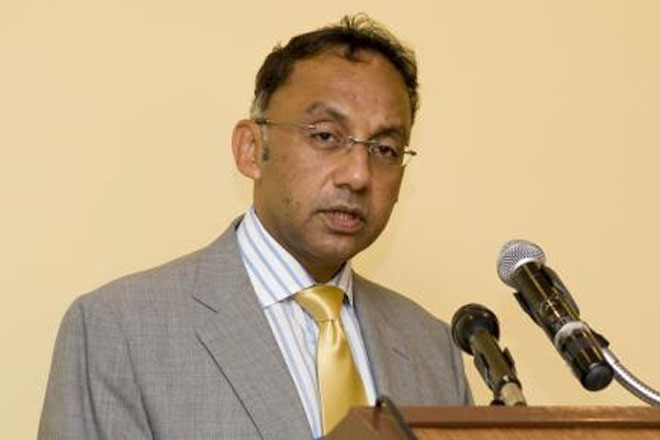 Port of Spain, Trinidad — Opposition leader Dr Keith Rowley’s latest allegation against the Trinidad and Tobago government is completely false and designed to create panic, according to communication minister, Vasant Bharath, who dismissed claims made by Rowley at a public meeting in Tobago at the weekend.

Rowley accused the People’s Partnership coalition government of sending people to kill him.

“Any situation where a politician or citizen faces a threat to his or her life is taken seriously by the Kamla Persad-Bissessar administration. Wherever such threats exist, the government acts immediately, judiciously and with the care for life of people as our priority,” Bharath emphasised.

“Therefore to make such allegations on a public platform is not only irresponsible and deliberately contrived to create panic; it is also a demonstration of using public platforms to incite the population rather than to articulate clear plans for the future,” he said.

Bharath noted, “The prime minister has consistently articulated a clear plan and vision for the future, but Dr Rowley has made allegation after allegation and when faced with difficult questions he must answer, we hear allegations such as his most recent.”

He added, “If at any time a politician believes his life to be threatened, the government has established a reputation of responding quickly, carefully and with great care for the lives of our colleagues and fellow citizens. The nation will in fact remember that the prime minister acted quickly when in 2010, Dr Rowley’s former leader feared for his life and was provided with additional state security escorts.”

Bharath also stated that for any allegation of this nature to receive a serious response, they must be reported to the police, not shouted from a political platform in the hope of attracting public sympathy.

“Additionally, Dr Rowley already has special branch protection and if indeed there’s a threat the state national security apparatus will respond as he’s a high office holder. It should be noted that the commissioner of police and minister of national security have already stated that no report from the opposition leader of this nature has been received,” he pointed out.

The communication minister also cautioned: “We must also always remain very careful about how false allegations affect the global image and reputation of our people and nation. Politicians must stop this inclination to irresponsible and damaging behaviour and be more judicious in their public statements.”