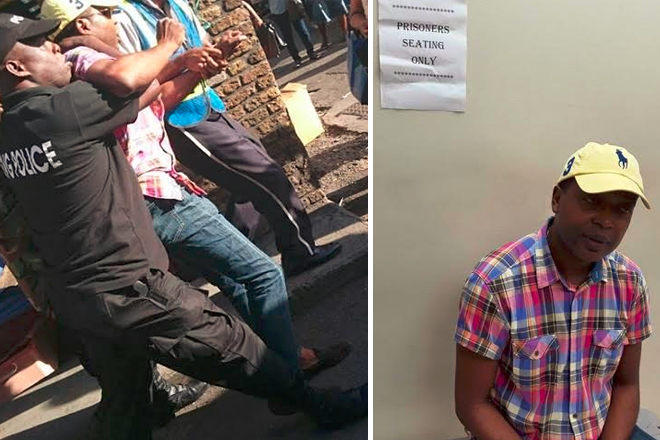 (Caribbean360) St. Vincent – One of the National Democratic Party’s (NDP) losing candidates in the December 9 elections was today granted bail on charges of assaulting police, following his arrest at an opposition protest yesterday.

Ben Exeter pleaded not guilty to three charges of assaulting police when he appeared in court this morning.

They arrested Benjamin Exeter the candidate for Central Leeward, who challenged the results of 2015 general elections in his constituency.#thisisntdemocracy #wehaverights #policebrutality #policestate #injustice #DefendDemocracySVG

Exeter, who lost to the Unity Labour Party (ULP) candidate Sir Louis Strake in the Central Leewards constituency, was among opposition members and supporters who were staging a demonstration outside Parliament, as MPs sat for the first time since the ULP’s victory at the polls, which the NDP is challenging.

A 17-year-old opposition supporter was also charged with obstructing police and the use of dangerous equipment, arising out of the same demonstration.

The NDP has insisted that it will continue its protests and will not accept the result of the elections.