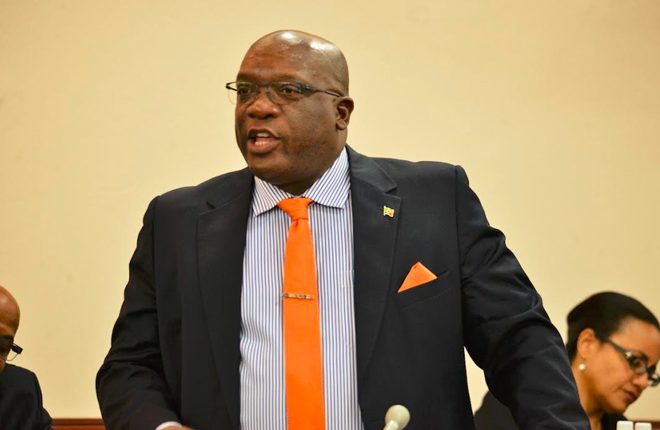 (PRESS SEC) — In wrapping up the Budget Debate on Friday night (December 9th, 2016), Prime Minister Dr. the Honourable Timothy Harris, who is the Minister of Finance, commended the strong presentations made by his Team Unity Government colleagues and expressed his disappointment in the Opposition, who he said “appeared bitter and trivial.”

Prime Minister Harris added that, “Unprepared they came for the Budget Debate…and they came with one agenda, to discount, to discredit, to sow seeds of division and confusion. Luckily for the country, their strategy did not work.”

What is at work though, for all to see, is the vitality of the local economy, which is performing remarkably on a number of indicators under the Team Unity Government.

WELL-CAPITALIZED BANKS: According to the Governor of the Eastern Caribbean Central Bank (ECCB), Mr. Timothy Antoine – when he made a presentation to the Cabinet of Ministers on April 18th – the key target pertaining to financial stability is having well-capitalized banks with a Currency Adequacy Ratio of at least 10%. CAR – capital to risk-weighted assets ratio – is a key measure that assesses a bank’s financial strength and risk of insolvency.

The ECCB Governor told the Cabinet of Ministers that, as at December 2015, the CAR for banks in St. Kitts and Nevis averaged 22.46% compared to 14.8% for banks in the Eastern Caribbean Currency Union (ECCU) as a whole.

INCREASED LENDING BY BANKS: Private sector credit grew by 3.17% in St. Kitts and Nevis, but registered a 6.1% decline throughout the ECCU last year.

“This probably explains partly why you are the fastest growing country in the OECS,” Mr. Antoine told the Cabinet of Ministers on April 18th.

Additionally, data from the Development Bank of St. Kitts and Nevis presented on June 28th showed that 598 business loans (including under the Fresh Start Loan Programme for Micro, Small and Medium-Sized Businesses) were disbursed over the previous 17 months to the tune of $40.7 million. The St. Kitts-Nevis-Anguilla National Bank Limited also reported that, for its financial year ending June 30th, 2015, commercial lending increased significantly by $121.2 million.

ROBUST ECONOMIC GROWTH: As at December 2015, GDP grew by 6.64% in St. Kitts and Nevis compared to 2.62% in the Eastern Caribbean Currency Union, according to the ECCB. The Eastern Caribbean Central Bank’s target for GDP growth is 5%. Also, the United Nations Economic Commission for Latin America and the Caribbean, in its April 2016 report, revised its GDP forecast for St. Kitts and Nevis upwards from 4.7% to 5.1%, while noting that Latin America and the Caribbean would see its total GDP dip by 0.6% this year.

DEBT-TO-GDP RATIO CLOSE TO TARGET: As at December 2015, St. Kitts and Nevis’ debt-to-GDP ratio stood at 61.64% compared to 76.04% for the eight-member ECCU as a whole, according to the Eastern Caribbean Central Bank. The ECCB’s debt-to-GDP ratio target is 60%.

HUGE GAINS IN THE WHOLESALE AND RETAIL SECTOR: Growing economic prosperity in St. Kitts and Nevis – as seen through job gains, rising incomes and a solid rebound in consumer spending – is driving sales in the wholesale and retail sector. This sector grew by 9.13 percent in 2015 compared to 0.35 percent in 2014 and 5.91 percent in 2013.

The Financial Secretary in the Government of St. Kitts and Nevis, Mrs. Hilary Hazel, presented these figures at the 2016 National Consultation on the Economy on September 28th. Mrs. Hazel’s presentation showed that, just four years prior, the wholesale and retail sector had shrunk by a whopping 10.85 percent in 2012 under the previous administration.

The recent strong retail activity is reflected in S. L. Horsford & Co. Ltd.’s Annual Report for 2015, which reported the highest sales in the history of the company. Similarly, the TDC Group’s 2016 Annual Report states that, in December 2015, the highest monthly sales were recorded since the introduction of the Toyota brand in the Federation of St. Kitts and Nevis.

MORE PURCHASING POWER IN ST. KITTS AND NEVIS: The International Monetary Fund (IMF), in its May 13th, 2016 press release (Press Release No. 16/220) about St. Kitts and Nevis, said that “strong retail activity also supported growth” and “inflation turned negative, owing to the impact of VAT and import duty exemptions and lower commodity prices.” In a nutshell, St. Kitts and Nevis is experiencing a lower cost of living, which has led to increased consumer spending.

HIGH GDP PER CAPITA: The World Bank’s Gross Domestic Product (GDP) per capita income data for the year 2015 also show that Kittitians and Nevisians have more money available to spend compared to many other people in the world.

HEALTHY GOVERNMENT REVENUES, NO NEW TAXES: Last year, St. Kitts and Nevis collected the most tax revenues to date. Total gross taxes and fees collected at the Inland Revenue Department amounted to $219.3 million, as at November 30th, 2015. Two months later, Dr. Harris reported on January 26th that the greatest Discounted VAT-Rate Day sales were also recorded in 2015 since the initiative was launched in 2011. He said then that preliminary data for Discounted VAT-Rate Day 2015 put the sales amount at $41 million: $1 million more than the Discounted VAT-Rate Day sales recorded in 2014. Prime Minister Harris announced on Wednesday, December 7th, 2016 that – for the second consecutive year – there would be no new taxes as part of the Budget proposals for 2017.