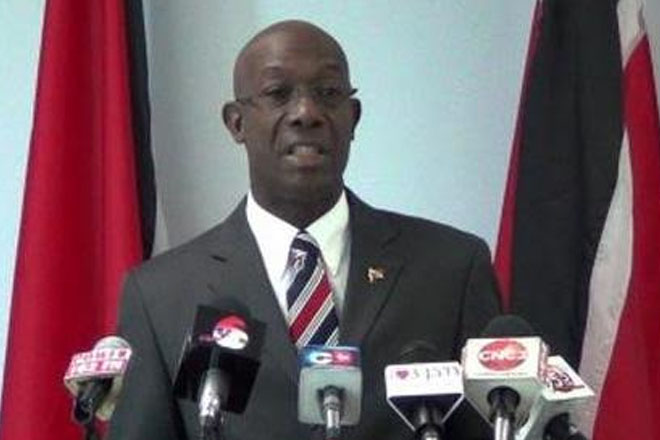 Opposition wins in Trinidad and Tobago

Port of Spain, Trinidad — Preliminary results in the Trinidad and Tobago general election held on Monday indicate that the opposition People’s National Movement (PNM) has defeated the ruling People’s Partnership coalition by 23 seats to 18, although losing the popular vote by a two percent margin.

However, the final numbers are still subject to official confirmation.

In a victory speech, PNM leader and prime minister-elect Dr Keith Rowley acknowledged that his administration will face significant economic and political difficulties, especially since his party’s manifesto promises were based on an oil price of $80 per barrel, compared to a current price of approximately $44, from which it is unlikely to recover in the foreseeable future.

Outgoing prime minister Kamla Persad Bissessar, in a concession speech, said that while she was of course disappointed in the outcome, she encouraged the people of Trinidad and Tobago to accept the result and move forward.

Her United National Congress (UNC) in fact picked up seats overall, while its coalition partner the Congress of the People (COP) won just one of the constituencies it contested. The Independent Liberal Party (ILP) led by corruption-tainted Jack Warner failed to win a single seat, including his, but Warner nevertheless claimed he had accomplished what he had set out to do, namely, bring down Persad Bissessar and her administration.

The reasons for the People’s Partnership loss will no doubt be analysed extensively in the days ahead but one of the factors could be a very heavy rainstorm that affected much of Trinidad during the day on Monday, leading to polling stations remaining open an extra hour. This is likely to have resulted in a reduced voter turnout which, according to conventional wisdom, tends to benefit the PNM.

The People’s Partnership also ran a presidential style campaign, focusing largely on Persad Bissessar’s personal approval rating, almost to the exclusion of the other candidates, most of who were announced very late in the process, just three weeks before the election.