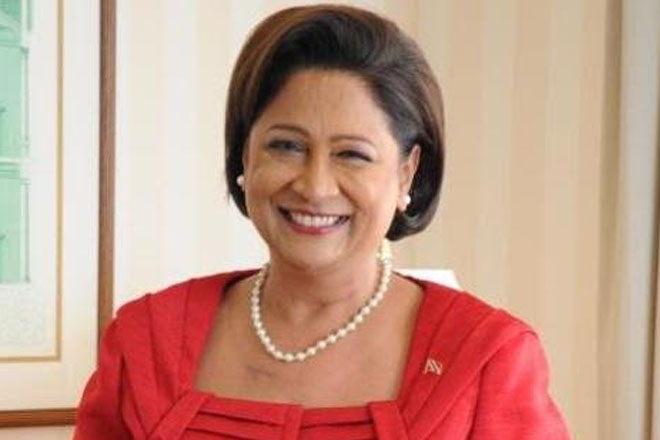 Port of Spain, Trinidad — Claims by Trinidad and Tobago opposition leader, Dr Keith Rowley that the 2015 general election date of September 7 is illegal have been dismissed as misleading and inaccurate, according to a statement issued by the Office of the Prime Minister (OPM) on Friday.

Prime Minister Kamla Persad-Bissessar’s office said a letter was sent to then acting president, Raziah Ahmed, on June 15, 2015, indicating Monday, September 7, 2015 as the date to be fixed for the general election. The Office of the President responded by letter dated June 17, confirming the date for the general election, and that Nomination Day would be Monday, August 17, 2015.

The acting president also indicated that the chairman of the Elections and Boundaries Commission would be immediately requested to prepare the Writs of Election.

The OPM release stated: “It is highly inappropriate for anyone to attempt to create and propagate this kind of misinformation, especially when time-honoured processes have been followed.

“Such attempts must be seen as deliberate acts to cause panic and confusion among citizens, particularly as the Kamla Persad-Bissessar administration has a record of always holding elections when they are constitutionally due.”

The opposition People’s National Movement (PNM) had claimed that the September 7 general election date is illegal and can be changed because the proper protocols had not been observed.

PNM vice-chairman Colm Imbert said that, although Persad-Bissessar announced the election date in Parliament, she has deliberately not written to President Anthony Carmona advising him about the date.

He said PNM general secretary Ashton Ford contacted President’s House last week and was informed that no correspondence had been sent to Carmona advising him of the election date in accordance with Section 69(1) of the country’s constitution.

Clearly, Imbert was misinformed or, as Persad-Bissessar said, was a deliberate act to cause panic and confusion.

Imbert went on to say that the PNM also checked with the Government Printery to see if a writ of election had been issued.

However, Attorney General Garvin Nicholas later outlined the electoral process, which shows there is still time for the writ of election to be issued.

Section 33 of the Representation of the People Act, Chap. 2:01 provides the president with the power to issue the writ of election no later than 14 days before nomination day.