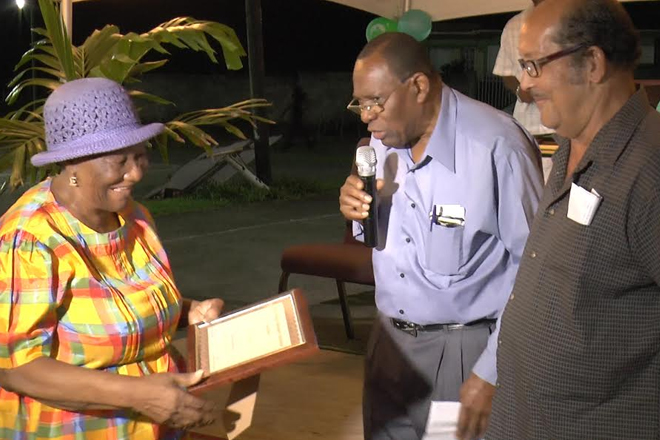 (ZIZ News) — The Ottley’s Village Improvement Association has recognized the contribution of various members of the community, particularly the elderly.

President of the Ottley’s Village Improvement Association Pastor Leroy Benjamin listed the recipients during the association’s first ever awards ceremony on Monday at the Ottley’s Playing Field.

“Those of us who are here and have made it along the way, came out of the rough and touch of the village. We’re not ashamed of that and somehow we recognize that it was the shoulders of those who were before us that we were able to step on. As a result of that tonight, we want to recognize these older ones”, he said.

The association also took time to recognize those in the field of Agriculture, Entrepreneurship, Sports, Religious Activism and outstanding Community service.