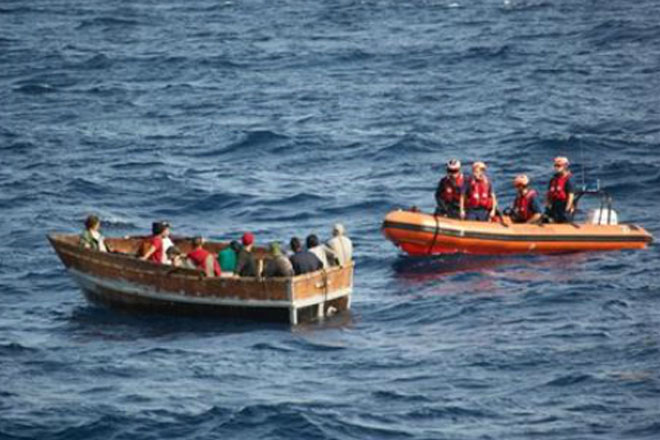 Over 400 Cubans repatriated by US Coast Guard this year

Miami, United States (CMC) — The US Coast Guard has since the start of this year, repatriated over 400 Cuban migrants who attempted to enter the US illegally.

The latest batch of 65 migrants was repatriated to Bahia de Cabanas, on August 20.

“The Coast Guard continues to strongly discourage attempts to illegally enter the country by taking to the sea,” said Captain Mark Fedor of the US Coast Guard.

“These trips are extremely dangerous and could lead to loss of life. Once aboard a Coast Guard Cutter, we will seek to quickly repatriate illegal migrants to their respective countries,” he added.

According to news reports out of Cuba, several persons are trying to enter the US as they fear that the controversial “wet foot, dry foot” policy will soon end.

The policy allows Cubans who evade the Coast Guard and touch US soil to get green cards after one year, sponsor their relatives back home to join them and eventually become US citizens.