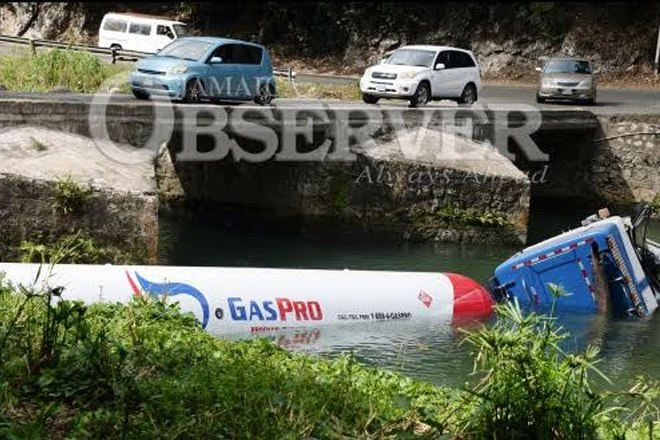 Teams from the National Environmental and Planning Agency, the Jamaica Fire brigade, the Office of Disaster Preparedness and Emergency Management (ODPEM), the marine and traffic Police were up to late last night working to remove the truck from the river.

Police reports are that at about 2:00 am the truck, which was proceeding towards Spanish Town, failed to properly negotiate the corner on reaching Flat Bridge and plunged into the river.

The driver was rescued and taken to hospital where he remains in stable condition.

The accident resulted in the closure of the gorge to vehicular traffic for the entire day, forcing motorists to travel the alternate routes.