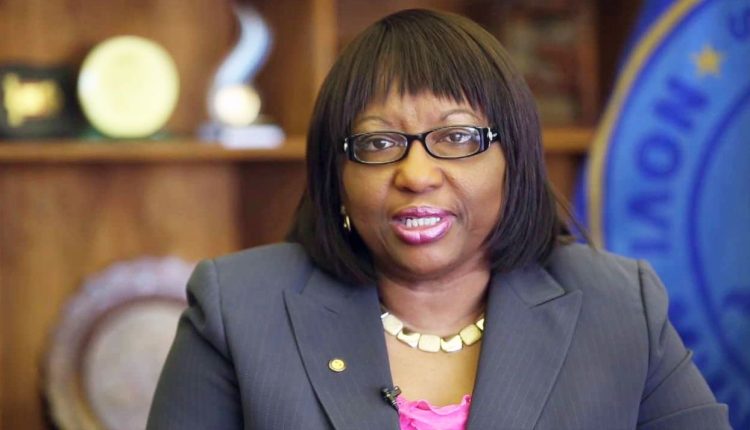 “The scale of this pandemic is unprecedented and no other group has felt this more acutely than the very men and women who make up our health workforce,” Etienne said during a virtual press briefing.

“Our health workers are our heroes.

“They are working longer hours than ever before under more stressful conditions than any of us could imagine, often making extraordinary personal sacrifices as they risk their own safety to help patients in need.”

The PAHO director pointed out that while healthcare workers make up a small percentage of populations, data reflects that almost 570,00 of them across the region have become infected and more than 2,500 have died from the virus.

In The Bahamas, at least 72 healthcare workers have been infected with COVID-19, according to data presented by the Ministry of Health.

This represents three percent of the total infections in the country.

In the United States and Mexico, healthcare workers represent one in every seven cases.

According to Etienne, the two countries account for some 85 percent of all COVID-19 deaths among health care workers in the region.

“Women, who are the majority of our health workforce, have been disproportionately affected,” she said.

“Nearly three-quarters of health workers diagnosed in our region with COVID-19 are women.

“These numbers are alarming and they beg the question, why are so many health workers becoming infected?”

She said one explanation is as several regional countries “scrambled” to respond to the virus, healthcare workers were directed to the outbreak response without sufficient training to protect themselves while treating infected patients.

She also said in some jurisdictions hospitalized patients who were seeking care for other conditions were exposed to the virus early on as those countries took too long to implement proper protocols.

Etienne did not name these countries, but said in Chile for example 70 percent of health workers were worried about contracting COVID-19, particularly early on in the outbreak when personal protective equipment (PPEs) dwindled and they were forced to reuse masks and other equipment.

Last month, more than 50 Princess Margaret Hospital technicians walked off the job, raising concerns over a lack of adequate supplies of PPEs.

But the Public Hospitals Authority has denied claims of insufficient PPEs, assuring the supplies have never been under threat.

Asked about additional protection for healthcare workers on Tuesday, Minister of Health Renward Wells said while he did not know there was an issue among healthcare workers, other essential service workers were “being challenged”

“You would find that police officers, they use a particular firearm, they turn that firearm in and another police officer who may come on shift or on duty will take that firearms.He said: “We are in contact with those requisite ministries seeking to ensure that the health protocols are being carried out in those essential services. You would look at an essential service like the police for instance.

“So, we need to look at all those practices that we may not have taken into consideration to ensure frequently touched items are always sanitized.”

According to Etienne, after months of unrelenting spread, cases have begun to stabilize in the United States and Brazil, though the two countries continue to record the highest number of new daily infections — a sign that transmission remains active.

However, the PAHO director said cases in the Caribbean continue to surge.

She pointed out The Bahamas has recorded 50 percent more cases of the virus in the last two weeks ago.

Another 806 cases have been recorded since then, pushing the total to 2,337 as of Tuesday.

According to PAHO officials, the virus will remain for years to come and countries must continue to shore up healthcare capacity for this pandemic and future health crisis.