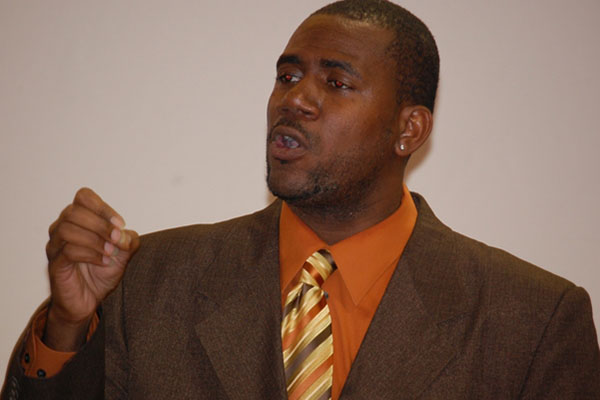 PAM leader Richards in hot water over “Let dem teck deh licks like a woman, nuh!” remark; women called upon to condemn and Richards to issue an apology

Basseterre, St. Kitts (CUOPM) — A call for women in St. Kitts and Nevis to condemn a recent remark by the Hon. Shawn K. Richards, Political Leader of the  People’s Action Movement (PAM)  and one of two deputy political leaders of Dr. Timothy Harris’ opposition coalition.

Mr. Vaughn is of the view that Shawn Richards’ statement outlined that there is a normal, passive, and submissive characteristic with which defeat should be taken and it is best exhibited in the form of domestic violence, further pointing out that women who have endured the travail of abuse is that example and that woman could be any woman.

“The use of such rhetoric says to me as a man that in the eyes of the honourable representative that abuse of a woman is seen as commonplace and acceptable and as a leader, Mr. Richards in this statement has trampled on the rights of women and girls in this country. It shows that Mr. Richards has forgotten that Mrs. Diane Laplace of Fig Tree took her licks and until the beatings escalated to murder on February 12, 2004 and today her children are without parents,” he pointed out.

“I call upon Miss Cindy Deming and other Sandy Point Women, SPIRIT, the women of PAM and of Unity, Dr. Thelma Phillip Brown and all politically active women, including Hon. Marcella Liburd and her Labour women to condemn this crass comment by the honourable gentleman and to ask that he retracts this comment and apologises to all women,” said Mr. Vaughn.

He believe that principled positions have long died in St. Kitts and Nevis and too  often preset postures are taken on the altar of a political agenda.

“However here is a chance for our advocates on women’s rights on all sides of the divide to rise from the grave this Easter season and speak in one voice that women’s rights are human rights and the abuse of any woman is not acceptable whether in concept or in action,” said Mr. Vaughn, who also called Dr. Timothy Harris “to speak up and say that Unity respects the dignity of women and distance itself from such ignominy.”

“Not to do so, is to uphold such an action and to tell women that they were only being used as political pawns when Unity women sought to spin the Prime Minister’s words as an attack on their rights and dignity but today they are now being taken for granted and ignored for the sake of closing political ranks. Those women taken for granted include Labour Women… They include PAM Women, Unity Women, CCM Women, NRP Women…even women who are apolitical,” said Mr. Vaughn.

He challenged the women to “Rise up! Show that you are serious about human rights. Show that one incident of abuse is one too many and that abuse must not be held up as the example of what a beating, “teck you licks” should be like.”

“But finally I say to Mr. Richards, be an adult, take the principled stand and apologise. Show that you understand that you have matured in your quest for national leadership and that your position is one of respect for all persons, including our women and children.”