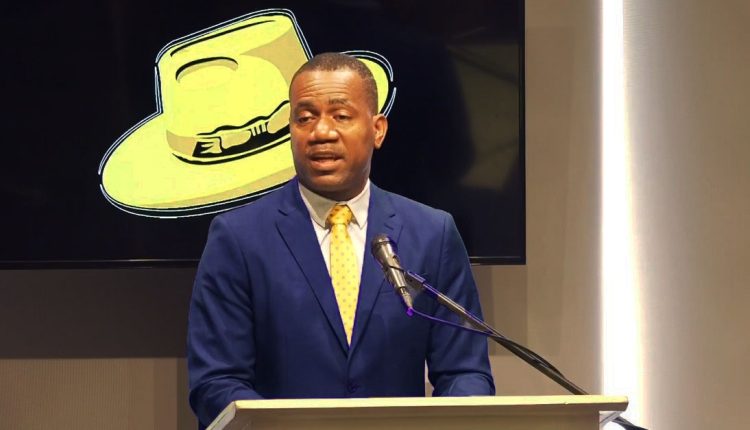 Basseterre, St. Kitts, July 5 2022 (PAM) — Shawn Richards, Political Leader of the  People’s Action Movement (PAM) shared a snapshot of his party’s post-election plans on the 6th edition of The Movement on Winn FM. General Elections are due in St.  Kitts & Nevis on or before August 8th, 2022. As his party’s first order of priority, he has stated among other things, that a brand-new hospital will be built. Making a  strong case for the building of a new healthcare facility, he said that many persons have recently complained about their experience while at the hospital. Beyond the complaints, however, he opined that the people of St Kitts & Nevis deserve modern healthcare facilities against the backdrop of a thriving CBI programme. “It is our intention to build a new hospital; to improve the number of services that are offered to persons and ensure that the quality of the service received is enhanced,” he explained.

In line with building a modern hospital, is the need for access to national health insurance. “We pledge to bring that to the people of St. Kitts and Nevis,” he promised. The issue of national health insurance was first discussed several years ago,  but to date, it has not been operationalized. “I know of senior citizens who in the prime of their lives are burdened with medical bills. This cannot be acceptable in a St. Kitts  & Nevis that I will lead,” said a passionate Richards.

Plans for unemployment were also itemized, with a strong emphasis on young people interested in the digital economy. He promised that more jobs would be made available in that sector and that his government will put the necessary infrastructure in place to empower the bright, young people who have expressed interest in that sector.  “We must show our young people that we care, and we understand their needs. The young people must be assured that at the heart of our policies are their concerns and not the building of a 2.4-billion-dollar prison to incarcerate them,” he declared.

He gave his party’s commitment to building 1000 homes in the next 5 years in an attempt to satisfy this area of high demand. He said everywhere he went to the canvas, he was bombarded by stories of families who were living in challenging spaces or people who were tired of paying rent and wanted to own their own homes. Asked  about the plan for distributing these homes he assured: “these homes will be  distributed based on need, hence whether you are a supporter of the party or not as  long as there is a felt need for the house you will be given one.”

Agriculture and food security were also high on his party’s agenda. He shared an idea where the men on the parks and beaches programme can be assigned to a few acres of land that they can farm and sell the produce and share in the profits.

He consistently lamented prioritizing the building of a $2.4B prison at a time when health care, unemployment and other pressing issues ought to have been given precedence. In responding to a question about the recent closure of a factory on the  Industrial Site that would displace dozens of women, he questioned the custodian government: What are you doing to provide hope for them? Can you imagine these single-parent mothers waking up in despair and wondering how will I feed my children when a $2.4 billion dollar prison is being built for the benefit of a few families?

He added rhetorically: “Are these children supposed to go home to empty fridges and cupboards while a few families are profiting from a multi-billion-dollar project?”

When the programme wrapped up, a confident Shawn, expressed his intention to win the Constituency #5 seat even with added competitors for this election cycle. He stated that in  2004 when he first contested the seat, he came up against the incumbent who had access to the state’s resources, yet he prevailed. Shawn Richards has been the incumbent of Constituency #5 since then.