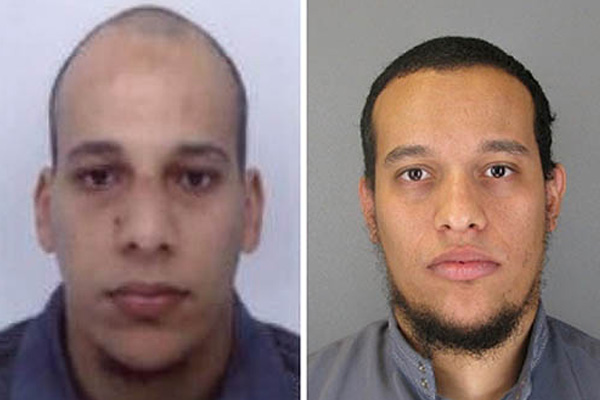 Washington, United States (AFP) — One of the two brothers suspected of carrying out the deadly attack on French satirical magazine Charlie Hebdo is believed to have trained with Al-Qaeda in Yemen, a US official said Thursday.

Another US official told AFP that Cherif and Said Kouachi, who are suspected of killing 12 people on Wednesday in the magazine’s Paris headquarters, had been on a US terror watch list “for years.”

The brothers, who were still on the run late Thursday, were both flagged in a US database as terror suspects, and also on the no-fly list, meaning they were barred from flying into the United States.

The first official told AFP that according to French intelligence, Said Kouachi travelled to Yemen in 2011, where he received training from Al-Qaeda’s affiliate there in small arms combat and marksmanship.

Elite French security forces deployed helicopters in the night-time manhunt for the brothers in northern France, where the two suspects were identified as having held up a gas station.

Islamic State, the militant group sowing terror across swathes of Iraq and Syria and calling for global jihad, hailed the brothers as “heroes” on its Al-Bayan radio station.