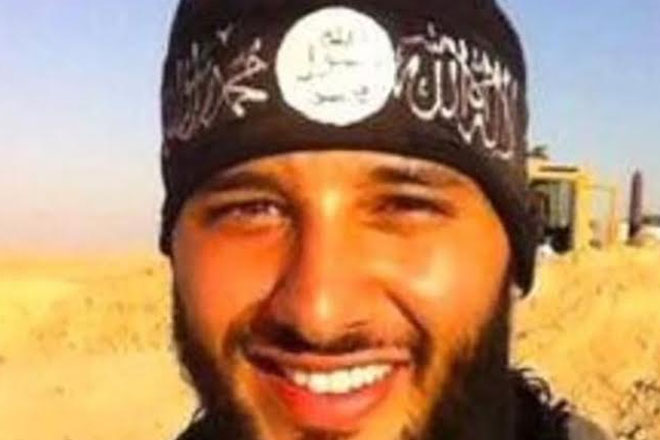 (BBC) French police have identified the third attacker at the Bataclan during the Paris attacks, Prime Minister Manuel Valls says.

Mr Valls did not name the man, but did not dispute reports naming him as French national Foued Mohamed-Aggad, 23, from Strasbourg.

Ninety people were killed at the Bataclan in last month’s attacks.

All three gunmen who attacked the venue wearing suicide vests have been confirmed as French nationals.

Other attackers who took part in the co-ordinated attacks around Paris on 13 November that killed 130 people in total have either been identified as home-grown French or Belgian extremists.

Mohamed-Aggad reportedly travelled to Syria in late 2013 as part of a group of radicalised youth from Strasbourg that included his brother.

Several of the group were later arrested upon returning to France in spring last year. Mohamed-Aggad is believed to have remained in Syria.

He was identified late last week by police after DNA samples were confirmed to match with members of his family, AFP reports.

The two others who blew themselves up at the music venue were identified as Frenchmen Omar Ismail Mostefai, 29, and Samy Amimour, 28.

The three men stormed the Bataclan at around 21:40 on 13 November, during a concert by the Eagles of Death Metal rock group. They opened fire on concert-goers, repeatedly reloading their guns before police started to arrive at the scene.

One of the gunmen was killed but the two others took hostages and eventually died when elite police units launched a final assault hours later.

French media say that Mohamed-Aggad was recruited by Mourad Fares, a man known to have actively recruited young Frenchmen on behalf of jihadist groups in Syria.

Fares was arrested in Turkey last year. French Interior Minister Bernard Cazeneuve described him as a “particularly dangerous individual close to jihadist terrorist movements” including the so-called Islamic State (IS).

He was placed under provisional detention in France in September 2014 and is being prosecuted for a string of terrorism-related offences in France and Syria.

One other Paris attacker remains to be identified, but two men who blew themselves up at the Stade de France carried Syrian passports that are suspected to have been fake.

Mohamed-Aggad’s father, Said, told Le Parisien that he had only learned of his son’s role in the Bataclan massacre through the media and “would have killed him beforehand” if he had known that he would go on to carry out such an attack.

Said Mohamed-Abbag separated from his wife in 2007 and said his son had lived with his mother.

The other two Bataclan attackers were identified in the aftermath of the shooting.

Mostefai was identified from a finger-tip found at the venue. He was reported to have previously worked as a baker in Chartres near Paris but in 2010 was identified by authorities as a suspected extremist.

Amimour, from the north-eastern Paris suburb of Drancy, had been charged with terror offences in 2012 over claims he planned to travel to Yemen.

After being placed under judicial supervision, he disappeared, with authorities issuing an international arrest warrant.