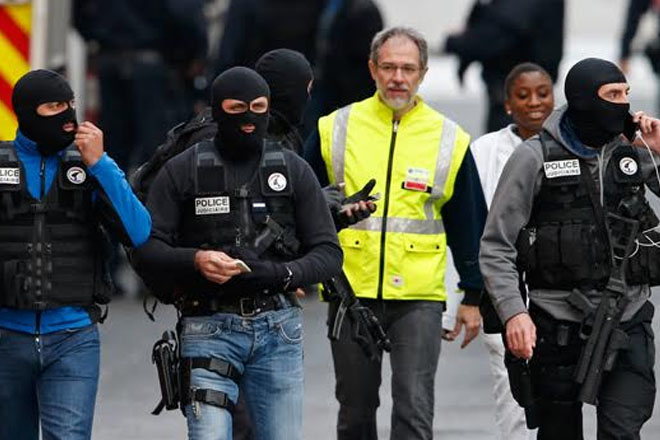 (BBC) A woman has blown herself up and a suspect was shot dead during a police raid on a flat in a Paris suburb, while seven arrests were made.

Police targeted the flat in Saint-Denis in a search for the alleged mastermind of Friday’s gun and bomb attacks in Paris, when 129 people were killed.

The fate of Abdelhamid Abaaoud, previously thought to be in Syria, is still unclear.

A government spokesman said remains of a third body may be under the rubble.