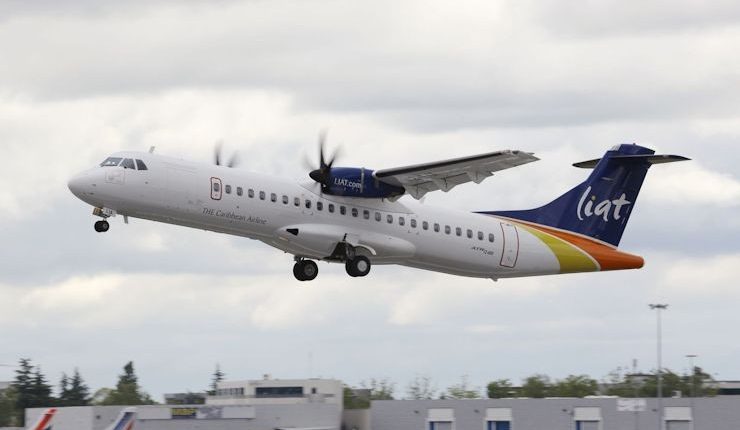 Parliament agrees to buy additional US $15.8 million in LIAT shares

ST JOHN’S, Antigua & Barbuda, October 30, 2019, (Antigua Observer): The Government of Antigua and Barbuda has been given the go-ahead to secure a loan of US $15.8 million (approximately EC $40 million) with Banco del ALBA, to purchase additional shares in regional carrier, LIAT.

On Tuesday October, 29th, 2019, Speaker of the House, Sir Gerald Watt QC authorised the resolution and Members of Parliament (MPs) voted for the resolution, which is expected to yet again recapitalise the failing airline.

Prime Minister and Minister of Finance, Gaston Browne anticipates that the changes will make LIAT more efficient and profitable but warned that it would come with “cuts including reduction in salary and wages”.

“A condition of this new capital would be that there has to be cuts including a reduction in salary and wages…I’m pretty sure that there’ll be some changes even with the directorship of LIAT. We have to make sure that we have a cadre of competent people and we may even create the space for members in the private sector as well to participate,” Browne told the Parliament

September, 11th, 2019 was when the Finance Minister said he negotiated the loan to fund the acquisition of the additional funds, disclosing that “this loan will be termed out over a period of 10 years, at 6 percent per annum, with an annual repayment of about EC $6 million — about US $2.2 million a year”.

According to Browne, $800,000 of the loan amount will be utilised to cover “the transactional expenses at a percentage of 2 per cent, as well as a 1 per cent FFE contribution”, which he explained is a “contribution to the bank’s equity”.

In addition, the Antigua and Barbuda government will be required to contribute to a social fund, which according to the Prime Minister, is a precedent condition when seeking funds from ALBA. The remaining the US $15 million will be utilised to recapitalise LIAT.

Plagued with questions from opposition MPs about the intended outcome of such a large injection of funds into an airline that has failed to record profits for decades, Browne explained that “the intention is not to have these funds wasted, but to make sure that they are properly invested.

“So, the programme calls for recapitalisation with a simultaneous restructuring of LIAT. So, we’ll be focusing on reducing expenses while at the same time increasing revenue,” he replied.

The shareholder governments, the Finance Minister said is hoping to introduce a Minimum Revenue Guarantee (MRG) as one of the possible revenue-raising measure.

An optimistic Browne said he is hoping that the other shareholder governments will bring the total anticipated contributions to the airline, to about US $30-35 million.

“Now, clearly this matter has not been approved  by the shareholder group as yet, but recognising that LIAT is in need of urgent money, I cannot see the existing shareholders refusing to have a capital call to ensure the viability or survivability for that matter of LIAT in the first instance and ultimately its viability and sustainability,” he told MPs.

This loan amount will add to the US $500,000 contribution made by the government a week ago, and a similar amount made to the airline earlier this year.

Teenager charged for pretending to be a doctor

Mottley warns of attempts to divide the Caribbean