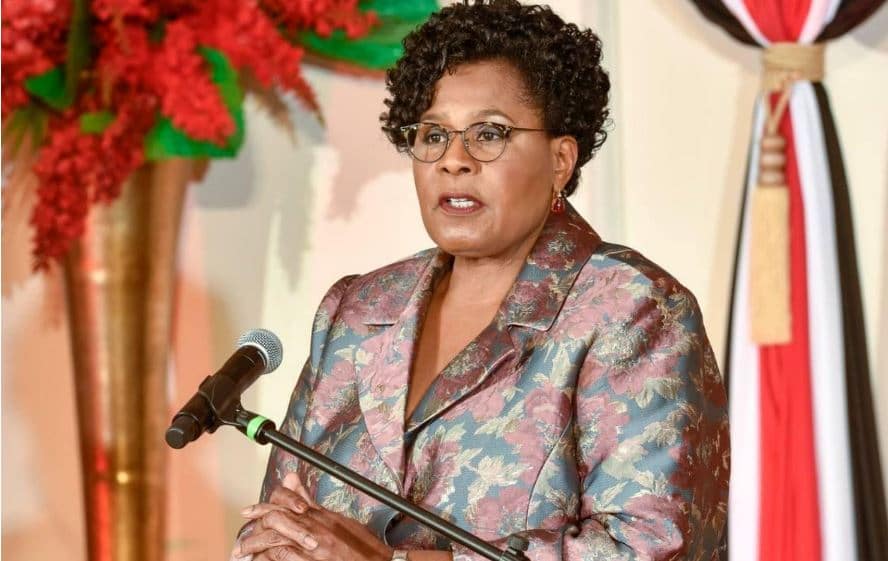 Today marks the first time in Trinidad and Tobago’s independent history that a President will be the subject of a vote to be removed.

According to the Parliament’s guidelines for today’s proceedings, Section 36 of the Constitution of the Republic of Trinidad and Tobago provides for the removal of the President from office.

Section 36(1) of the Constitution states:

36. (1) The President shall be removed from office where—  (a) a motion that his (or her) removal from office should be investigated by a tribunal is proposed in the House of Representatives;

(b) the motion states with full particulars the grounds on which his (her) removal from office is proposed, and is signed by not less than one-third of the total membership of the House of Representatives;

(c) the motion is adopted by the vote of not less than two-thirds of the total membership of the Senate and the House of Representatives assembled together;

(d) a tribunal consisting of the Chief Justice and four other Judges appointed by him, being as far as practicable the most senior Judges, investigate the complaint and report on the facts to the House of Representatives;

This means that while the motion is likely to fail since the Opposition has less than a two-thirds majority in the House of Representatives and Senate, the voting process will still occur.

Should the motion be adopted, a tribunal will be appointed by the Chief Justice who will oversee their investigation into the allegations made against the President. Their report would then return to the House of Representatives for consideration and another two-thirds vote would be required between the House and Senate in order to have President Weekes removed.

The historic move comes after confusion surrounding the appointments of Gary Griffith and McDonald Jacob as Acting Commissioners of Police by the Police Service Commission (PSC).

Following a slew of legal matters, it was found that these appointments were unconstitutional and one by one, members of the Commission resigned until there were no members remaining.

Opposition Leader Kamla Persad Bissessar determined that President Weekes ought to have had keener eyes on the PSC, never allowing it to become empty. President Weekes has contended that she found it important to allow the courts to do their duty before she responded to the matter publicly.

Even during the furore, a few names of nominees for the PSC have been ventilated through the President’s Office, Prime Minister and Opposition Leader.

Despite multiple calls to Persad Bissessar to withdraw her motion even after the President made her own position clear, Persad Bissessar has maintained that today’s motion would go forward.