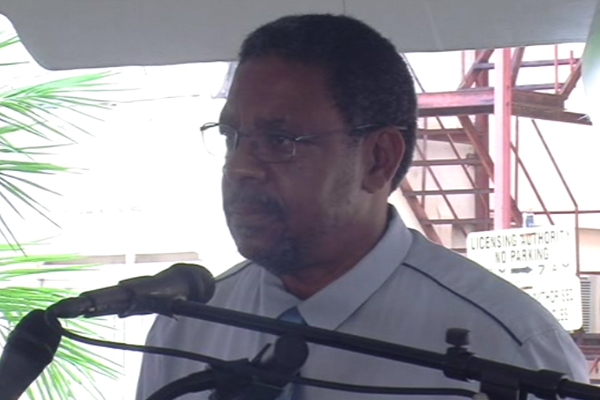 PEP continues to make a Difference

(ZIZ News) — The People’s Employment Programme (PEP) continues to be lauded for the positive change it has had on the lives of young people.

Chairman of the PEP Steering Committee, Elvis Newton said he is pleased with the role they have played as a committee in ensuring the programme remains sustainable.

Speaking last Thursday at the opening of the PEP Secretariat, Newton explained one of the ways the programme has helped to empower its participants.

He said, “Dozens and dozens of them did not have bank accounts. We insisted, as a management team, that we wanted persons to begin saving and the best way for them to begin saving was for us to pay to their accounts wages that were being offered at the time. Some of them were a bit sceptical about going to the bank for whatever reasons but we insisted on them going to the bank. And the last time I checked, close to 100 percent of the participants now have accounts at the bank…close to 100 percent.”

He added that there had been a challenge in addressing the attitudes of some PEP participants; a challenge he said they have overcome.

“There were some persons who would have experienced attitudinal difficulties and so they were given up on. And we were determined that the PEP should make a change in the lives of those persons…I see some of them who were difficult when the programme started; very, very difficult; especially when they have to show up at the Secretariat and did not get any pay, the choice words that came from some of them it was alarming. But gradually persons have changed and so this is what this programme is about. This programme is really about ensuring that we make meaningful changes in the lives of people,” he explained.