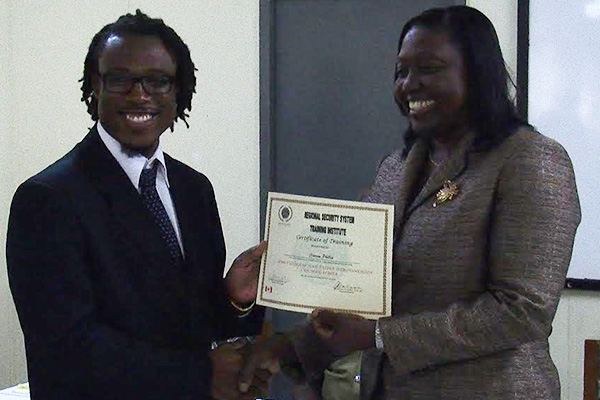 ZIZ News — A young man in the People’s Employment Programme (PEP) is making waves in his position on the police force.

Ciaran Phillip works as a Forensic Science Technician in the Crime Scene Unit since November of last year.

Over the past few months he has made such an impression that senior police officers have been singing his praises; including Assistant Commissioner of Police, Ian Queeley.

“He has brought to the table a lot, quite a lot.  And he’s working very closely with the other members within the Crime Scene Unit to enhance that division and we are really impressed with his performance,” Queeley told ZIZ News.

Queeley commended him for coming back to use his skills for the good of the country and encouraged others to think about working with the police force.

Phillip in response says he’s humbled by the praise and he just wants to help the police get justice for the people.

Over the past two months, Phillip has undergone various training sessions. Most recently he graduated from a training course for first responders to a crime scene.