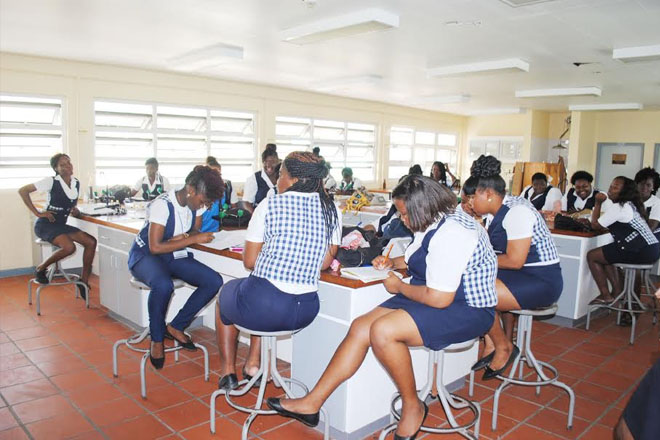 PEP workers are being paid and PEP CFBC training is on course, says Geoffrey Hanley

Basseterre, St. Kitts — Project Manager of the People Employment Programme (PEP), Mr Geoffrey Hanley, is appealing to PEP participants to seek any clarification on the programme from the PEP office on Church Street instead of taking to the social media.

Mr Hanley’s appeal came on Monday in the wake of erroneous statements made by four current PEP participants and one former PEP participant on a popular live radio talk show programme on Friday April 17th, where among others they claimed that they had not been paid for two weeks and that a PEP Hospitality and Culinary Arts certificate programme at the CFBC was coming to an early end.

“All PEP participants are being paid,” said Mr Hanley. “The procedure for payment is once we have the evidence of time sheets in front of us, we facilitate payment. Failure to have that evidence would result in a delay of payment of wage. However, it would mean that the following week, the persons would get double pay, and basically that is what we need to be saying.”

One of the PEP students told the host of the radio show programme that PEP “is leaving us in the dark, we have bills to pay, children to feed.” While another said that PEP “are not giving us any information about the pay, but I think as big people you do not need to lie to us… if you are finishing with the programme, if you are having a problem with government, if the funding have a problem people need to know what is going on.”

Mr Hanley discounted those claims, but however clarified that if time sheets brought to the office did not indicate that a participant had worked the required hours, or had not turned up for duty at all, they should then not expect to be paid when they would have failed to turn out for duty without any valid explanation.

“We are stewards of people’s money and PEP is not expected to pay those who fail to turn out for duty,” said Mr Hanley. “If one is sick or is on maternity leave, this is reflected on the time sheets and arrangements are made where Social Security kicks in and pays the participants sickness benefits.”

Mr Hanley also disputed claims by the PEP participants on the radio talk show, four of whom identified themselves as PEP students doing a certificate course in Hospitality and Culinary Arts at the Clarence Fitzroy Bryant College (CFBC), that the course was coming to an end and that they had not been advised.

“I was thankful to the government to give me the opportunity to attend the CFBC,” said one of the PEP students. “I was really looking forward to the certificate that we were supposed to be given at the end of the course but right now I do not know what is really going on with the certificate part of it, but right now I really would like to get more information about that.”

According to Mr Hanley, that statement by the student is not true, as the Certificate course which started in September last year comes to an end in June this year. He added that they are supposed to be going out for internships, where based on their performances the business places would keep them.

“And the programme that they involved in at CFBC offers a possibility of an advancement for those who excel extremely well as they might be considered to do the associate degree programme, because what they are doing is a certificate course,” advised Mr Hanley.