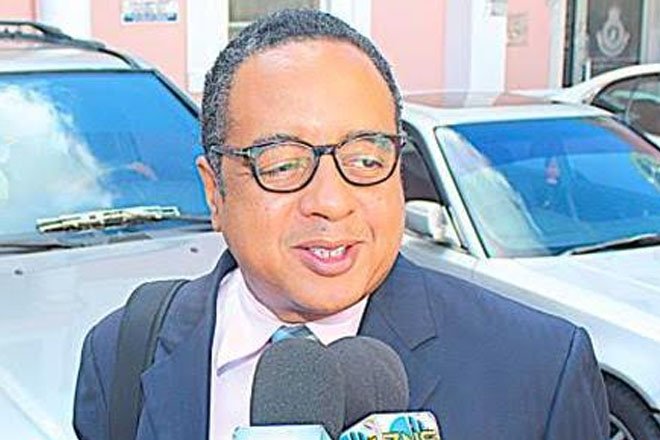 Petitions to be filed in Bahamas to vacate two parliamentary seats

Nassau, Bahamas — Minister of State for Legal Affairs Damian Gomez said he intends to seek leave from a judge in The Bahamas this week to file Election Court petitions to declare vacant the seats of local members of parliament Dr Hubert Minnis and Loretta Butler-Turner for “violation of the constitution” in respect to conflicts of interest.

Gomez said, “Article 49 provides that where a member of Parliament has an interest in a contract with the government, if he or she does not get the approval of the House by a resolution for that purpose, the seat should become vacant and the Election Court is empowered to declare seats affected by such conflicts of interest to be vacated.”

Minnis has repeatedly denied that he was in a conflict of interest when he financially benefited from the Public Hospitals Authority (PHA) renting his company’s Stat Care building while he was minister of health.

The PHA entered the contract with Leechez Investments Limited in 2005 before Minnis entered politics.

The issue was raised in the House of Assembly in 2013 by Fort Charlotte MP Dr Andre Rollins, who said Minnis had no authority to speak on corruption and conflict issues as a result of failing to end the arrangement while he was in Cabinet.

During the budget debate in June, Rollins also suggested Butler-Turner is conflicted.

“I am advised that the government has decided to place its VAT collection headquarters in Carmichael Road in premises that are allegedly partially owned by the member for Long Island,” Rollins said.

“Is this true, Mr Speaker? Is this in keeping with sensible planning? If it is true that these offices will be placed in premises partially owned by the member for Long Island, was it done to undermine the member’s ability to be an effective spokesperson in challenging the government on fiscal matters and in her criticisms of the government about being partial to friends, families and lovers?”

Butler-Turner shot back on the floor of the House, denying she was conflicted.

Last night, she said what Gomez is proposing is “ridiculous”.

Butler-Turner explained, “The government obviously entered into a lease with Milo B. Butler or Butler and Butler; I don’t even know which one. I’m not a director. I’m not a shareholder.”

She said she has no financial interest.

“I fear nothing,” Butler-Turner said. “There is nothing the PLP can come at me with.”

Gomez said, “We need to take seriously the issue of conflict of interest, and it’s not a political football.

“It has serious implications for the integrity of the dealings of the government, and it really is something that should have been paid far more attention to in the past.”

Asked to respond to claims that will likely be made that this effort would be nothing more than a political attack on Minnis and Butler-Turner, Gomez said, “The facts are what they are.

“Neither of them has done what the law requires them to do. You would note that Mr Leslie Miller was required by members of the Cabinet and colleagues in the House to comply with the requirement to the constitution.

“He came to Parliament and obtained the consent of the House of Assembly by resolution for the rental by the government of certain premises that he was leasing to the government.

“He did so before the lease was entered into.”

When he answered the conflict accusations on the floor of the House in 2013, Minnis said he believes in honesty and transparency.

“That is why I was very happy when [Leslie] Miller came here and the government wanted to rent facilities from Tall Pines and that was brought here, transparency, and I had no objection because the government did its due diligence,” he said.

“They looked around at different buildings, different real estate and the real estate owned by Tall Pines was the best that they thought at that particular time. Because of the transparency, I had no objection. I felt that the Bahamian public needs to see and nobody should be marginalized. Once it’s fair I have no problem.”

Miller made his disclosure as required under Article 49 (i) of the constitution, which provides for the House to exempt a member from vacating his seat if he becomes interested in any government contract, if that member, before becoming interested in such contract or as soon as practicable after becoming so interested, discloses to the House the nature of such contract and his interest in it.

The two-year lease that Minnis entered into with the government is dated May 1, 2005.

Asked yesterday what message the filing of the petitions would send, Gomez said, “Both Mr Minnis and Mrs Butler-Turner have been aware of their interests in government contracts and they have been warned.

“…I’m sure if they would have followed the process insofar as government is renting from them, the government would not have objected.”