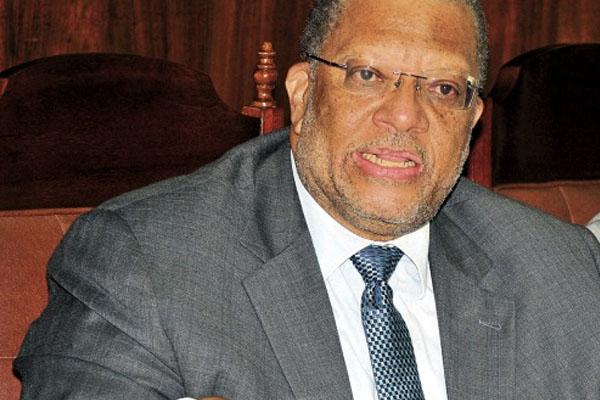 Kingston, Jamaica — Minister of Finance and Planning, Dr Peter Phillips, yesterday accused the Opposition of “belittling and making a mockery” of the passing of the economic tests set by the International Monetary Fund (IMF).

Dr Phillips told the House of Representatives, yesterday, as he closed the budget debate, that it took the People’s National Party (PNP) administration almost 18 months in power before it could get the IMF, the Inter-American Development Bank (IDB) and the World Bank “to give Jamaica another chance” and commit to support the economic reform programme.

“They refused to give Jamaica upfront funding, given their past experiences with the last programme,” Phillips informed the House. “They also required that Jamaica commit to a series of very significant prior actions.”

He said that during that period of negotiating without any international support, the country’s Net International Reserves (NIR) declined and business and consumer confidence were eroded, while the international community decided whether Jamaica could be trusted again.

“I am, therefore, astounded that the Leader of the Opposition, who should know better, is now joining his Opposition Spokesman on Finance in belittling and making a mockery of the passing of the IMF tests,” Dr Phillips said.

“Let me once again spell it out for them. This administration is going to continue honouring its commitments and meeting its obligations to our international partners, in order to make sure we pass our tests and establish a viable base for economic growth,” he insisted.

He said that fiscal consolidation, including the nearly balanced budget which the Government has operated for the past two years, will make low interest rates possible, which will also increase the incentive for production.

He said that what is clear is that the country’s track record under the current programme has re- established its credibility internationally in the markets.

“We have not requested one waiver from the Board under the Extended Fund Facility. That is why we can raise finances in the international capital markets at the lowest rates ever,” he said.

After Dr Phillips closed the debate, the House of Representatives approved the estimates, which will next be debated in the Senate.