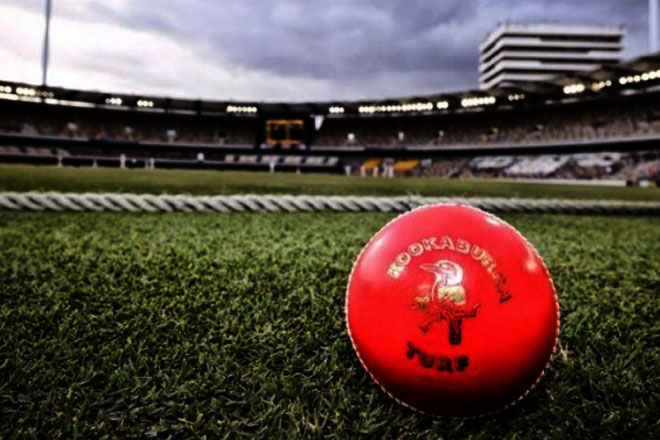 Sports Page — Brett Elliot, the Kookaburra managing director, has said that the pink ball is ready for Test cricket. In 2009, the MCC made a recommendation to experiment with pink balls and since then it has been used by the ECB and CA as well.

“The Kookaburra turf pink ball has been extensively tested over the past five years by the MCC, ECB, CA, and I believe the ball is ready for an international Test match,” Elliot told the Sydney Morning Herald. “We have also supplied a number of other ICC members like CSA and WICB, and have been equally happy with its performances at domestic level.”

After staging a day-night round of Sheffield Shield matches in November, Cricket Australia is looking to provide the setting for the first day-night Test against New Zealand later this year with Adelaide, Brisbane and Hobart the possible venues.

Elliot has said that the pink ball is as hard as the red and white balls but an additional dye is added to improve the brightness of the ball, which is believed to promote swing as well.

“To ensure the best visibility whilst also preserving the natural wear characteristics of the ball throughout the course of the game, we add additional colour to the pink ball and also the white ball. This enhances the brightness of the ball although some say also encourages early swing,” Elliot said.

During the Sheffield trials the pink ball had swung longer than the red ball and had undergone broadcast trials, with Cricket Australia and Channel Nine hoping to attract bigger crowds.

The board is expecting a reply from New Zealand Cricket by the end of the month on the use of pink balls and day-night Tests though some New Zealand players aren’t too keen on it, describing the night format as “gimmicky”.