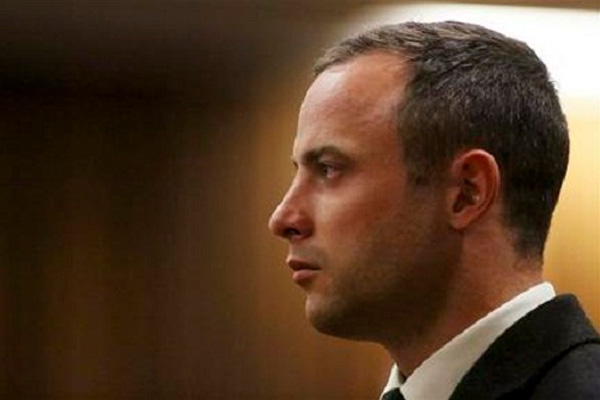 (CMC)– Pistorius listens as a court ruling is handed down that he would undergo psychiatric evaluation in Pretoria, South Africa, Tuesday, May 20. Pistorius is charged with the shooting death of his girlfriend Reeva Steenkamp on Valentine’s Day in 2013. (Photo:AP)

PRETORIA, South Africa (AP) — Oscar Pistorius sat in the passenger seat of a black sedan speaking on a cellphone as he arrived Monday morning at a government psychiatric hospital to begin the period of mental evaluation as ordered by the judge at his murder trial.

Pistorius’ car drove through the security gates of Weskoppies Psychiatric Hospital in the South African capital Pretoria behind a police van.

Judge Thokozile Masipa last week ordered that Pistorius be observed by a panel of four mental health experts for up to 30 days at Weskoppies after a psychiatrist testified at his trial that he had an anxiety disorder and it could have contributed to his fatal shooting of his girlfriend last year. Pistorius will be evaluated as an outpatient and return home each day. He was ordered by Masipa to present himself by 9:00 am each weekday for tests from Monday for up to a month. His murder trial has been postponed until June 30. He is free on bail.

The disabled Olympian is charged with premeditated murder for shooting to death Reeva Steenkamp at his home on February 14, 2013 and has been on trial in Pretoria since March 3.

Prosecutors say Pistorius, 27, killed Steenkamp, 29, intentionally after a late-night fight but his defence argues he mistook his girlfriend for a dangerous intruder hiding in a toilet cubicle in his bathroom when he shot her multiple times through the stall door.

His psychiatric evaluation was prompted by testimony from Dr Merryll Vorster, a psychiatrist called by his defence, who said she diagnosed the world-famous runner with generalized anxiety disorder after interviewing him on two occasions at the beginning of May. Vorster said Pistorius had a long-held fear of crime and felt vulnerable as an amputee, and his disorder may have been a factor when he fired four times with a 9 mm pistol.

The chief prosecutor asked Judge Masipa to order the independent tests because he said Pistorius’ defence might argue he wasn’t criminally responsible for the killing because of mental illness.