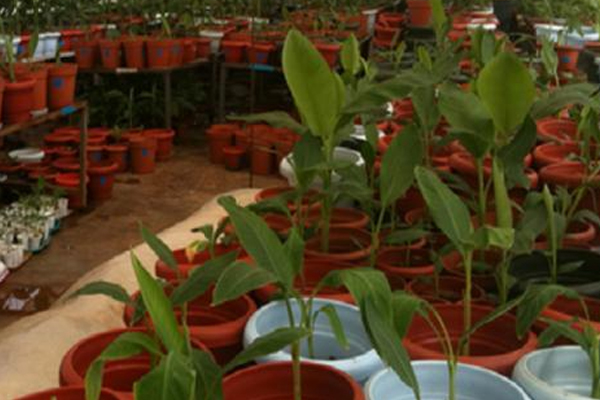 Plants from France to revive banana industry in Dominica

Roseau, Dominica — Minister of Agriculture Johnson Drigo has found a possible solution to the severe blow of the black sigatoka disease, which was first detected in Dominica in 2012.

Drigo indicated that 20,000 banana plants imported from France will be the first step to reviving the island’s banana industry, and some 20 farmers will be engaged in the first phase of the project.

This is in an effort to get Dominican bananas back on the market since Winfresh UK Ltd, a fruit importer and distributor, suspended purchases of bananas from Dominica, due to their poor quality.

Drigo stated, “These plants once they get on the island, they will be at the facility what they call the smart facility in Portsmouth, for winning and hardening. This process will take a couple months; then these plants will be delivered to targeted farmers in the first instance.”

Since the government of Dominica will not be able to import all of the banana plants at once, Drigo said that the plants will be imported in groups of 20,000 over a period.

He said, “The target is to ensure that, within the year 2015, there will be at least 100,000 fresh, what is known as the William Variety plants of bananas on the island, and the farmers will be able to get all the technical support that they need, in terms of fertilizer and other chemicals, because the understanding is that, once the banana field is prope