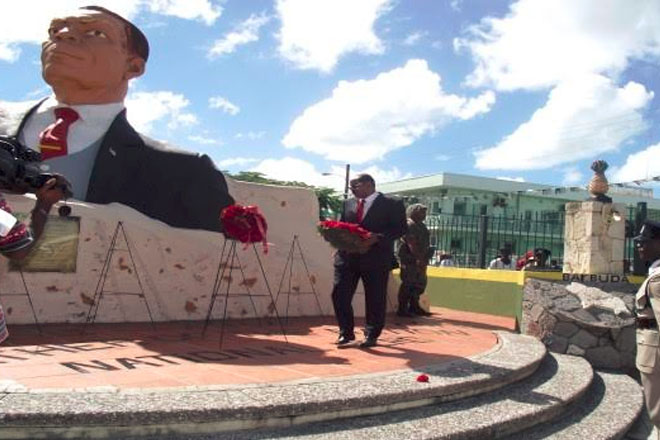 (Antigua Observer) In wake of recent pickets by opposition groups against government policies, Prime Minister Gaston Browne has issued a stern warning that he will not tolerate any action that will “stymie” economic development.

In his address at yesterday’s VC Bird Day celebration, the country’s leader said, “We believe in diverse views; we believe in constructive criticism; that is how you will be able to hold my government responsible and to ensure we perform, but we will not believe in destruction and we will stand against destruction.

“I say to those individuals who are now stepping out of the bounds of normal democratic protest, to seek to undermine progress and to destabilise, that to every action there will be an equal and opposite reaction. I also say to them they are not above the rule of law.”

Tabor noted that recent protests, staged or supported by his party, were peaceful and within the confines of the law.

Tabor told OBSERVER media, “Our view is that the prime minister should acquaint himself with the Constitution and the right of citizens to participate in peaceful activism, including protests, to register their displeasure at the goings on in the country.”

He added that in respect of PM Browne’s claims of economic sabotage, the leader “would do well to note that investors have a financial incentive to steer clear of states which are dictatorial or despotic.

“This is in fact a demand of the customers they serve. Therefore, his behaviour in turning this country into a police state, branding concerned citizen’s economic terrorists and the like is in itself a form of economic sabotage where legitimate investors are concerned.”

The opposition spokesman further noted that protest action is one of the few options available to keep the government in check.