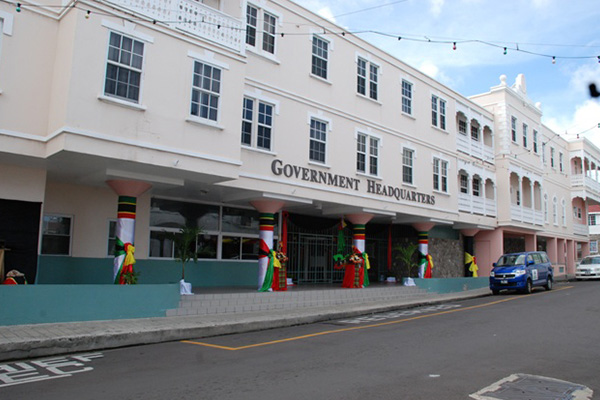 Prime Minister and Minister of Finance, the Rt. Hon. Dr. Denzil L. Douglas has announced the restoration of increments in January 2014 and a 10 percent increase in salary and wages over the next three years.

A four percent wage increase will take immediate effect in January 2014 to be followed by 3% increases in 2015 and 2016.

“Similar adjustments will be made to the pension payments of retired Civil Servants,” Prime Minister Douglas said in this Budget Address Tuesday afternoon.

He noted that over the last three years there have been a lot of sacrifices made in the public sector particularly among Civil Servants who bonded with the Government in order to pursue the fiscal consolidation agenda.

“Mr. Speaker, I am referring to the courageous and bold partnership we formed as employee and employer to make a success story of our expenditure control measures.   I am sure you can remember growing up that older people used to say that ‘ungratefulness is worse than witchcraft.’ This Government will never practice ungratefulness and that is why we were able to negotiate and secure the necessary resources to pay a bonus in celebration of our 30th anniversary of independence,” he noted.

He said this was just the beginning of the package designed to bring relief and express gratitude to the hard working civil servants and had signalled as early as January of this year to the International Monetary Fund (IMF) a desire to use some of the fiscal space created from the sacrifice of civil servants to reward their diligence and hard work.

“This approach will involve a formal review of the public sector wage bill every 3 years as opposed to the past practice of allowing fairly long periods to pass by without adjusting compensation packages.    The major weakness of this old approach was that it attempted to correct the erosion of public sector wages after the fact.  The new policy proposes a more proactive approach to protecting the real wages of our public servants,” said Dr. Douglas.

“The objective of our employee compensation policy is to support continuous enhancements to the productivity of the public sector while protecting the real wages of the individual worker.  Of course, as in all other areas of public expenditure, affordability is a major consideration since employee compensation is the largest single expense undertaken by Government, accounting for, on average, an estimated 43% of total expenditure,” said Dr. Douglas.

He added that public sector wage policy must strike an appropriate balance between productivity and the welfare of the individual worker while keeping the growth of public expenditure within affordable limits.

“In striking this balance, we also have to ensure that the public sector continues to attract and retain the level of talent and commitment required to deliver on the increasingly complex development agenda that we have embarked upon. This is the context in which we now propose to adopt the approach of reviewing and adjusting the public sector compensation package every 3 years as obtains in other countries in the region,” said Dr. Douglas.

He said a major consideration in adopting this new direction is the need to put the determination of public sector compensation packages on a more predictable footing.

“This will have benefits for both the individual public sector employee and the Government, as both parties would have the advance information required for them to arrange their respective affairs in a more orderly fashion,” said Dr. Douglas.

He signalled that within the framework of the public sector reform initiative, it is propose to move towards a system that allows the establishment of more transparent linkages between productivity and the payment of increments.

“This will require a restructuring of our performance appraisal systems and procedures – a task that will have to be undertaken as part of our public sector reform programme,” said Prime Minister Douglas.

He said he was confident that both the national community and the public sector work force would welcome this attempt to improve the efficiency of public spending in this critical area.