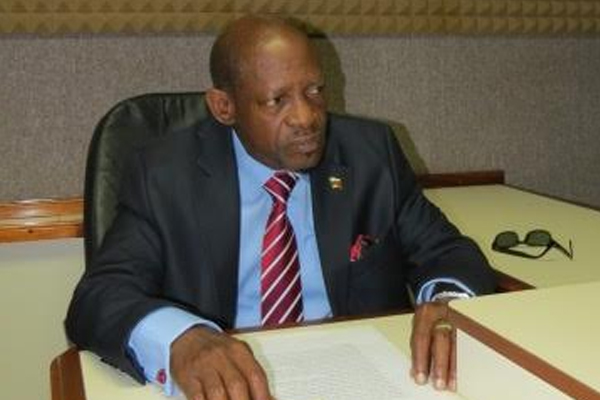 Appearing on his weekly radio call in programme on Tuesday, Prime Minister Douglas said that regional and international election observers have over the past general elections made recommendations for the boundaries to be realigned to make them more equal.

“CARICOM has spoken out on this. And the Organization of American States has spoken out. Opposition politicians always want Caricom, the OAS and the Commonwealth of Nations to speak out. Well, they have spoken out, and they have said that with reference to elections, St. Kitts and Nevis needs to equalise our constituencies and adjust our boundaries. Most importantly our Constitution says that this is what we have to do,” said Prime Minister Douglas.

Dr. Douglas told listeners that in order for any Government to function in a fair and equitable manner and for the workload of each Parliamentary Representative to be roughly equal, and in order for the country’s eleven constituencies to benefit in roughly equal ways from the resources of the Government, the Constitution requires that the number of people living in each Constituency must be roughly equal.

“We need to really think about the facts as they are today. Today, there are some 7,539 persons living in Constituency #8. 7,539! At the same time, Constituency #5 only has 2,623. How can one candidate be expected to work to win the support of 7,000 plus residents, while another candidate works to win the support of only 2,000 plus? And how about Government resources? Can it be good for the country when Government resources have to be shared among 7,500 persons in one Constituency, but only among 2,600 in another? Who in their right mind could defend this?” asked Prime Minister Douglas.

“We need more balance – because the Constitution says that is the way it should be, because international election observers have stressed that St. Kitts and Nevis simply must move forward to equalize our Constituencies, because it makes governing more fair and effective, and because we simply cannot continue to drag these lopsided Constituencies from one election to the next,” said Dr. Douglas, who recalled that the Constituency Boundaries Commission attempted to make the constituencies equal in 2009.

“And you will also remember that as early as 2012, they began working on this again – because they know how important equal constituencies are to fair and democratic representation in our Federation. But there are some individuals who insist on attacking and opposing equal Constituencies, just as they attack and oppose everything else. And because they always attack these adjustments, today we not only have 7,000 plus residents in St. Christopher 8 and 2,000 plus in St. Christopher 5, but we have the same grossly lopsided situation in Nevis, where Nevis 9 has 6,324 residents, while Nevis 10 has 2,652,” said Prime Minister Douglas, who added that St. Kitts and Nevis can no longer afford this.

“We simply cannot limp from one election to the other like this. Yes, opposition politicians seize every opportunity to create dissatisfaction. We understand that. And yes, opposition politicians tend to have one objective: to create division between the public and the elected Government. But you, Listeners, must also look at the facts, look at the history, look at the law, and then stand with what is in the best interest of fair and equal representation in St. Kitts and Nevis, fair and equal standing in our Federation, fair an equal access for all constituencies,” said Prime Minister Douglas.

He added that no clear thinking person would say that 2,000 plus people in one constituency, and 7,000 plus in another constituency, would carry the same political weight.

Dr. Douglas stressed that these haphazard constituency sizes are not good for democracy as it was too important a matter to play with any more.

“The IMF said that St. Kitts and Nevis was performing superbly, anti-Government politicians said the IMF does not understand economics. The Government slashed the country’s debt in half, they said the debt had not gone down. The Constitution says equalize the constituency sizes, they say that equalizing the constituencies would be a bad thing,” said Prime Minister Douglas to listeners.

He said as 2015 is New Year and hoped that anti-Government politicians will decide, at least where constituency sizes are concerned to – for once –do what would be in the best interests of all.