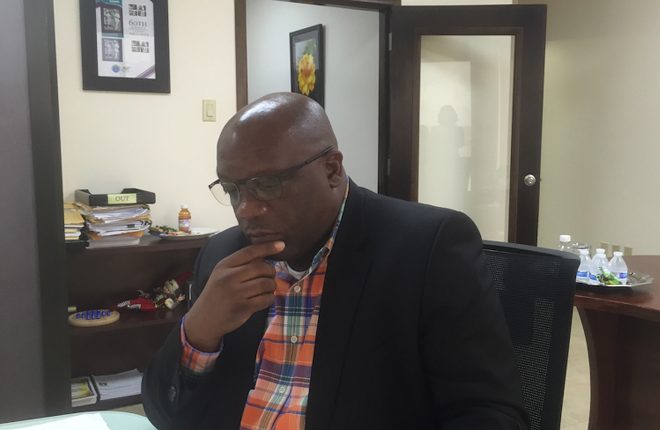 ROAD TOWN, TORTOLA, OCTOBER 21ST, 2016 (PRESS SEC) – Chairman of the OECS Authority Prime Minister Dr. the Honourable Timothy Harris of St. Kitts and Nevis is at the 86th Meeting of the Monetary Council of the Eastern Caribbean Central Bank (ECCB). The meeting convened via video conference today, Friday, October 21st, 2016, at 9:00am.

Among the meeting attendees convened at the Headquarters of the Eastern Caribbean Central Bank in Basseterre, St. Kitts are ECCB Governor Mr. Timothy Antoine, who is Chairman of the Board of Directors, as well as Deputy Governor, Mr. Trevor Brathwaite, who is a Director on the Board, and Mrs. Hilary Hazel, the Financial Secretary in the Government of St. Kitts and Nevis, who is also a Director.

The Monetary Council is the highest decision-making authority of the ECCB. It comprises eight Ministers of Finance, one from each member government, namely Anguilla, Antigua and Barbuda, Dominica, Grenada, Montserrat, St. Kitts and Nevis, St. Lucia, and St. Vincent and the Grenadines.

Prime Minister of Antigua and Barbuda the Honourable Gaston Browne assumed the one-year chairmanship of the Monetary Council during its 85th Meeting on Friday, July 22nd at Sandals Grande Antigua Resort and Spa.

At that July meeting, the Council received the Governor’s Report on Monetary and Credit Conditions in the Eastern Caribbean Currency Union (ECCU), which was based on data and developments during 2015. According to the Communiqué, the Governor’s Report indicated, among other things, that “Total loans and advances of the commercial banking sector fell by 3.6 per cent, a slower pace than the 5.2 per cent contraction recorded in the previous year.”

Private sector credit grew by 3.17% in St. Kitts and Nevis, but registered a 6.1% decline throughout the ECCU last year. “This probably explains partly why you are the fastest growing country in the OECS [the Organization of Eastern Caribbean States],” Mr. Antoine told Prime Minister Harris and his Cabinet of Ministers on April 18th when he met with them at Government Headquarters in Basseterre.

Additionally, data presented on June 28th by the Development Bank of St. Kitts and Nevis show that 598 business loans (including under the Fresh Start Program) were disbursed over the previous 17 months to the tune of $40.7 million. The St. Kitts-Nevis-Anguilla National Bank Limited also reported that, for its financial year ending June 30th, 2015, commercial lending increased significantly by $121.2 million.