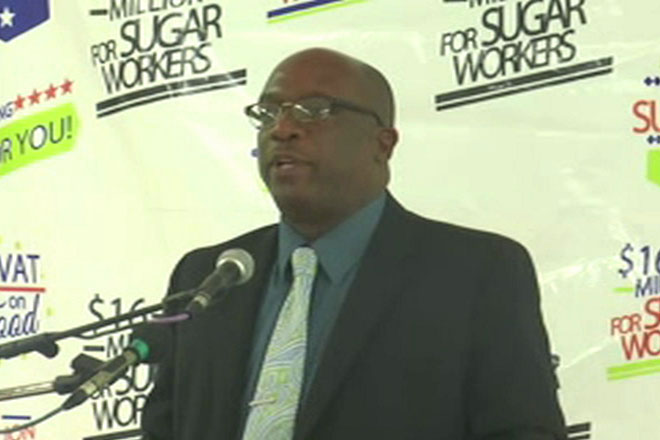 (ZIZ News) — Prime Minister, Hon. Dr. Timothy Harris is grateful to his colleague ministers, the Government of Venezuela and PDVSA St. Kitts for their role in Monday’s significant cheque handing over ceremony to aid in the payment of former sugar industry workers.

“I want, on behalf of all of us to thank the Government of Venezuela for responding so quickly. It took two meetings with el Presidente Maduro, the visit of a hardworking technical team from Venezuela and the production of our project proposals thanks to Minister Wendy Phipps. The job of follow-up rested in the capable hands of the Minister of Energy and with responsibility for PetroCaribe, Hon. Ian “Patches” Liburd,” he said.

The Ambassador of the Bolivarian Republic of Venezuela, as well as the management and staff at PDVSA St. Kitts, were also publicly commended by Dr. Harris.

Meantime, Prime Minister Harris says his government is already at work to ensure that the former workers of the St. Kitts Sugar Manufacturing Corporation [SSMC] will soon be paid. He spoke of a committee that is being formed to aid in the process.

“I want to say that since Monday, we have been looking at how we are going to move forward with this particular initiative. And in order to deal with this matter, I have decided to put in place an implementation committee and this committee will be headed by Mr. Osbert Desuza in the Office of the Prime Minister and it will include several other persons drawn from the government and the broader national community,” he said

Dr. Harris said the country’s Labour Commissioner and a nominee from PDVSA St. Kitts are also expected to sit on the implementation committee. He also announced plans to include former SSMC management and staff, nominees from the Ministries of Agriculture and Finance along with representatives of the legal profession and the media.