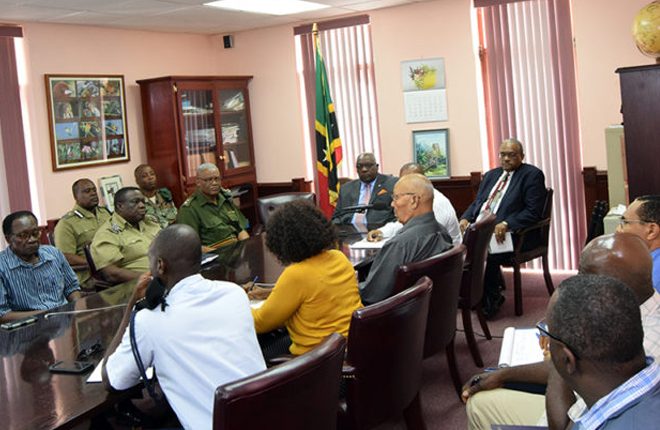 (Press Unit in the Office of the Prime Minister) – With representatives of the religious community now committed to working closer with the Government and security forces in addressing the issue of crime and violence, Prime Minister Dr. the Honourable Timothy Harris is now calling on them to do more in terms of offering counselling services to loved ones affected by crime.

The prime minister said, “You go to the funerals and wish to say your sympathies [but] what happens to the families after in terms of an engagement, in terms of knowing somebody still cares, in terms of helping them to deal with their tragedy and not being revengeful? I think this is something the church leadership, because they are in each of these communities, can be sensitive to and perhaps there are others, if not the pastors themselves, who could begin that reach out.”

Prime Minister Harris noted that this is one of the main concerns raised by citizens and residents during the social intervention programmes being coordinated by the Ministry of National Security throughout the communities in St. Kitts and Nevis.

“What we have found as we have begun these social intervention programmes being spearheaded by Dr. Chitan is that a number of these families have said nobody has ever come to talk to us like this, and so they haven’t had time to deal with this anger in their hearts, in their minds [and] the attitude of revenge because nobody had helped them to, as it were, talk it out or to, as it were, reconcile,” the national security minister added.

In response to the prime minister’s call, Pastor Benjamin Browne of the Cayon Church of God said churches typically reach out and offer this type of assistance to their members affected by crime and violence. However, he acknowledged that the time has come for them to broaden their response.

The men and women of the religious community were also challenged to reach out more to at-risk youths in their respective communities in an attempt to help guide them away from a path of crime and violence.