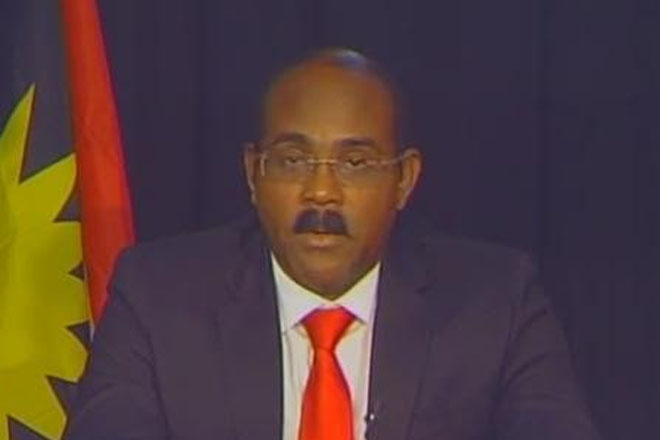 St John’s, Antigua — Acknowledging that corruption charges brought last week in New York against former Antigua and Barbuda diplomat, John Ashe, while he was president of the UN General Assembly, have “cast a pall of gloom over all of us and neighbouring Caribbean countries”, in a national broadcast on Sunday Prime Minister Gaston Browne promised to strengthen the structures and machinery of good governance in his country and put an end to all corrupt practices.

“The implication of members of the former United Progressive Party (UPP) government, including the former prime minister, Baldwin Spencer, in bribery, money laundering and other corruption charges, has also caused us great alarm,” Browne said.

According to the complaint filed in the Southern District of New York by FBI Special Agent Jason Alberts, payments were transmitted from China to Ashe as part of a scheme to promote the bribery of then prime minister of Antigua and Barbuda, Baldwin Spencer

Approximately $170,000 was sent to Spencer in Antigua, Alberts said in his affidavit.

These allegations prompted a statement from Spencer on Friday, claiming that any payments were “donations for the exclusive benefit of the United Progressive Party”.

According to Spencer, Ashe “gravely misrepresented the United Progressive Party government by implying that bribe money was necessary to gain an audience with me or my colleague ministers. That was never the case during the ten years of our administration.”

However, Browne disclosed on Sunday that, in the 15 months since his administration took office in June last year, they have encountered a residue of corrupt practices from the former UPP regime, involving the abuse of public office and organized misappropriation of state resources.

“We have put an end to those practices and we are continuing to do so wherever they emerge. We intend to have the best and most transparent governance structure in the Caribbean and beyond,” Browne said.

He also announced that changes will be made in the country’s Foreign Service.

“We shall no longer permit Antiguans and Barbudans who are permanent residents of the host country to serve as diplomats. In addition, we shall begin a process of rotation of our Foreign Service officers, so that none of them exceeds a period of more than five years in any posting. We shall also carry out routine independent forensic audits of all our overseas missions,” he outlined.

Browne pointed out that one of the first actions that he took when he became prime minister in June last year was to instruct that Ashe be removed as Antigua and Barbuda’s permanent representative to the United Nations.

While committing his government’s co-operation in the ongoing investigations by the authorities of the United Nations and the United States, Browne noted that offences may also have been committed in Antigua under the Prevention of Corruption Act, which, he said, would be independently investigated by local law enforcement agencies.

He said, however, that should law enforcement agencies, in their own independent determination make a decision to take some form of action, that is their prerogative and there will be no political witch hunt by his government or the political party that he leads.