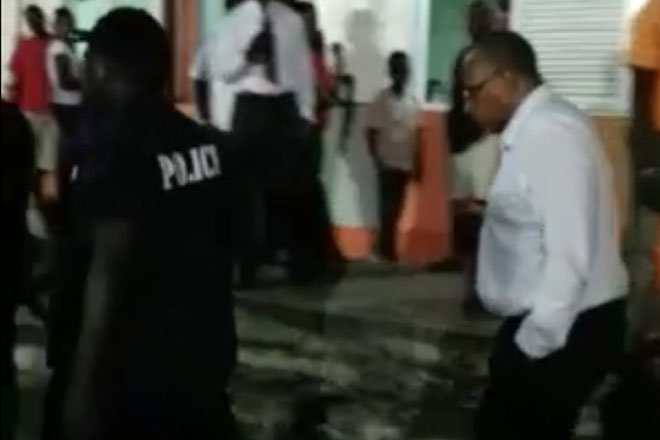 Police charge a former justice minister in Antigua and Barbuda

One of his lawyers, John Fuller, says he’s to answer for battery on police, disorderly conduct by making noise, resisting arrest and obstructing Police Officer Cecil Daley during execution of his duties. The charges were filed just after noon Wednesday.

Derrick, who is an attorney and former politician, was detained Tuesday night when he allegedly attempted to quell a situation between the police and a woman. The woman was said to be causing a ruckus at the town hall meeting held in Villa by Prime Minister Gaston Browne. Browne was updating his constituents on plans for and progress in the area.

Videos of the situation involving the woman and arrest have been circulating on social media since last evening.