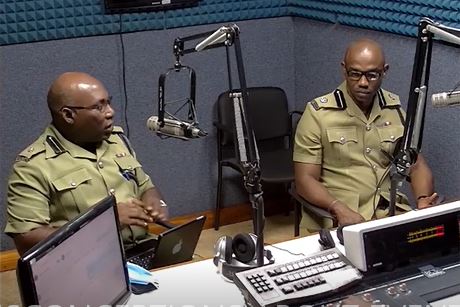 Divisional Commander for District A, Cromwell Henry has cleared up some misconceptions the public may have about the granting of approvals for events for this weekend during his appearance on ZIZ radio’s programme “Policing with You” on Thursday.

He said persons have been saying that the Police were approving events up to Tuesday, May 18th even though they knew the events would be cancelled the following day.

Henry said the Task Force was only made aware of the 46th Covid-19 case during an emergency meeting on Wednesday.

He said the decision to cancel all events was made during that meeting and the announcement was made to the public that same day.

Henry explained that it was important to cancel all the events due to the fact that it will facilitate a number of people being in one place which reduces the likelihood of social distancing.

He added that an extensive contact tracing exercise has begun to ensure that persons who came in contact with the positive Covid-19 patient are quarantined.