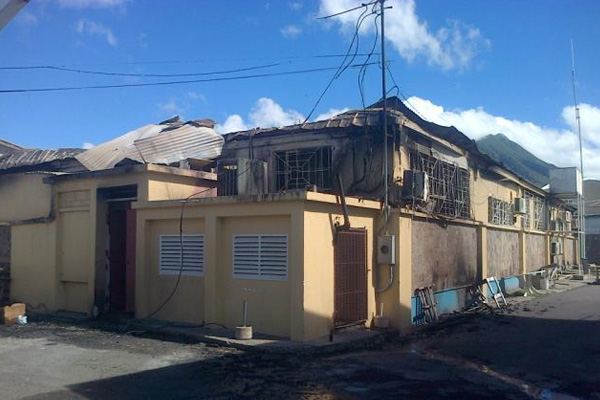 ZIZ News — Commissioner of Police Celvin Walwyn has expressed dissatisfaction with the decision of Nevis’ Premier, the Honourable Vance Amory, to engage the services of a second investigator, before the findings of the initial investigator were submitted.

Commissioner Walwyn was speaking specifically of the January 17th 2014 fire that destroyed the Nevis Island Administration’s Treasury, VAT, Inland Revenue and IT offices.

According to Walwyn, the Regional Investigative Management Systems [RIMS], which is the authorised investigative agency in the region, was contracted to determine the cause of the fire.

“Their experts came here and they said that based on their initial investigations, it was inconclusive as to the cause of the fire but they don’t believe it was arson but they were waiting to send me a report,” the commissioner explained.

Walwyn then listed some of the inconsistencies that resulted in the cause being deemed ‘inconclusive’.

Premier Amory said recently that his administration secured the services of a retired fire chief to further investigate the matter however, Commissioner Walwyn is adamant that Premier Amory’s action was premature and not well thought out.

“The Premier notified us that he was having, well he notified Nevis command, that they were going to have someone else to do a secondary investigation and when it came to my attention, I contacted the Premier by email, which I still have, and I expressed my concern that he was shopping for an opinion on the fire and not willing to wait on the official investigative report to be brought forward,” Commissioner Walwyn said.