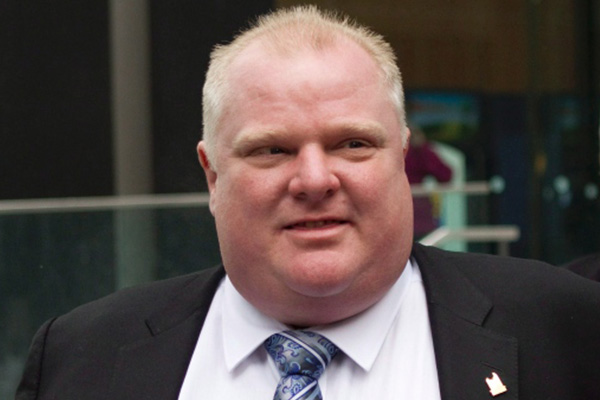 Two police officers were at the mayor’s City Hall office. The nature of the threat was unclear, police said.

The threat comes amid a raging debate about the raising of the rainbow flag at Toronto’s City Hall in support of gay athletes in the Sochi Games.

The rainbow flag was raised outside City Hall during ceremony Friday, the same day as the Opening Ceremony in Russia.

On Friday, Ford tweeted, “I am proud of all Canadian Olympians. #Toronto #CanadianFlag #Olympics2014.”

The mayor, who in the past has refused to attend the city’s gay pride parade, has said he believes the Canadian flag should be raised instead.

Ford became infamous for admitting he had smoked crack and drank too much in the past.

His problems began in May, when allegations emerged that he appeared to be smoking crack cocaine on a pipe on cell phone video taken months earlier, in winter 2012.

After initially denying that he had smoked the drug, he admitted in November that he had. The city council later voted to strip him of most of his power as mayor, reducing him to primarily a figurehead.

Ford has ignored calls for him to resign or enter rehab and has said he will run for re-election in October.