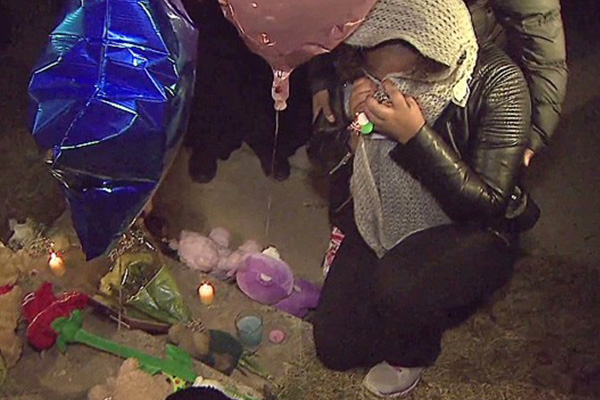 Police: Maryland mom kills 2 of her children during attempted exorcism

(CNN) — A Maryland mother stabbed two of her children to death and wounded two others while attempting an exorcism, authorities said.

A second woman, who was briefly hospitalized after the incident, was also charged in the two deaths. Police believe she is not related to the family, but lived at the same residence in Germantown.

Norell Harris, 1, and his sister, Zyana Harris, 2, suffered fatal stab wounds while their siblings, ages 5 and 8, were hospitalized with injuries, authorities said.

“Cases like this are heartbreaking,” county Police Chief Tom Manger said. “Our thoughts are with the family and friends of the victims.”

Police said they found the four children Friday morning after a neighbor called 911 to report suspicious activity at the home. The neighbor reported seeing a car with a door open and a knife next to it.

Exorcism is a ritual aimed at defeating purported evil spirits or demons. Authorities did not provide additional details on why they suspected exorcism.

“Investigators have learned that the two defendants believed that they were performing an exorcism. The investigation into this motive and other aspects of the crime continue at this point,” police said.

Police were called to the home Thursday over reports of an unattended child in a car. By the time they got there, the child was not in the car and no one came to the door, authorities said.

“Prior to officers arriving, two women exited the townhouse, retrieved the child and re-entered the home,” Montgomery County Police said. “Officers attempted to speak with the residents, but received no response at the door. ”

After the neighbor’s call, authorities notified county child protective services and asked them to follow up. It’s unclear whether they did.

Both women are being held without bond. Information on their attorneys was not immediately available.