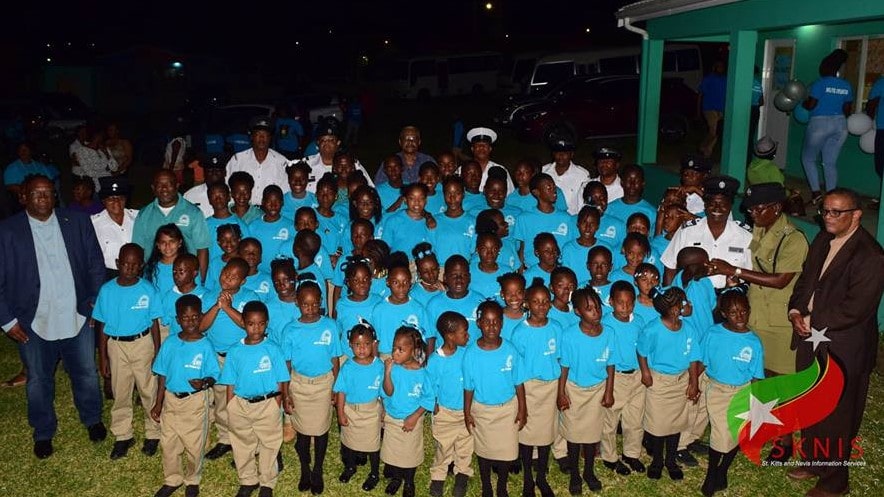 Basseterre, St. Kitts, September 18, 2020 (ZIZ News): On Thursday, hundreds of children around the island attended school in their uniforms for Explorers’ Day. To mark the occasion police officers joined Sergeant Treveron Richards for the programme Policing With You to speak on the goals of the clubs and the work of its leaders.

Officer Ladima McSheen of the National Intervention Team spoke of the inception of the Explorers’ group, noting the support it received from the police force.

“This Explorers’ movement came about because we wanted something to take the children of the streets,” he said. Officer McSheen added, “Inspector Isles-Joseph was the one who started the Explorers’ movement and it is supported by Mr. Petty, the Permanent Secretary for National Security and also the officers from the community policing team.”

He noted that the first Explorers’ group was Mol-Phil Explorers which comprised of children from Molyneaux and Phillip’s; he added that following the formation of this group other groups were created around St. Kitts and assigned to officers of the community policing team.

Officer McSheen also spoke of his experience as an officer assigned to an Explorers’ group noting its success with assisting children with their education.

There are currently nine Explorers’ groups launched in St. Kitts however the Covid-19 pandemic has delayed the launch of 3 more groups from Tabernacle, Dieppe Bay and Newton Ground.

“Policing With You” airs every Thursday at 9:15am on ZIZ radio during the “Morning Show”.
-30-