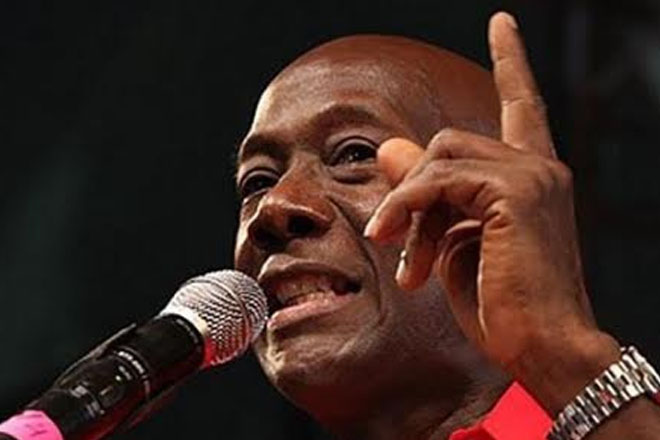 Prime Minister Dr Keith Rowley has already told reporters that he had not seen the comments, but added that he had more important things to discuss, including the delivery of a national budget before month end.

Former Prime Minister Kamla Persad Bissessar said the comments posted on the Facebook page of the United National Congress (UNC) were not authorised, would never be authorised nor condoned by her party.

“I haven’t seen these posts but I can say that they would never be authorised by the party,” Persad Bissessar said.

The comments range from congratulations to the PNM to threats to harm Rowley who they described as a monkey.

Leader of the Congress of the People (COP) and former legal affairs minister Prakash Ramadhar noted that some people on both sides of the political divide have been issuing messages which were not in the best interest of the country.

“This is not acceptable in a truly democratic and united society that is multi-ethnic and multi-cultural. We cannot allow any space, whether by individuals or groups, for such divisive and hateful messages to be spread in our national conversation and thinking, whether it is fuelled by sentiments based on winning or losing in our elections,” he said.

“While we should seek to understand why things turned out as they have, we cannot let it stand in the way of our common future,” Ramadhar said, adding that regardless of who is in power, the country must not allow the bitterness that is evident among a few to infect the youth and future generations.

“Let us all work together to put an end to this,” he said.

Imam Mirza Ali-Mohammed, of the Islamic Da’wah Movement, speaking on television, said it was “frightening” that after so many years of education and awareness, racism seems to have gotten worse.

“It is frightening, especially for our young people. The examples being set by these adults who are involved in these things, it really is scary,” he added.

Seventh-Day Adventist Pastor Clive Dottin said he agreed with chairman of the Elections and Boundaries Commission (EBC), Norbert Masson, who described the campaigning as the vilest and most vitriolic he has ever seen.

“We are as polarised as we have ever been. We are mis-mentoring the young people. We are misguiding them and setting a horrible example,” he said, urging religious leaders to set “the right example and are also fuelling a certain kind of hatred in the society”.