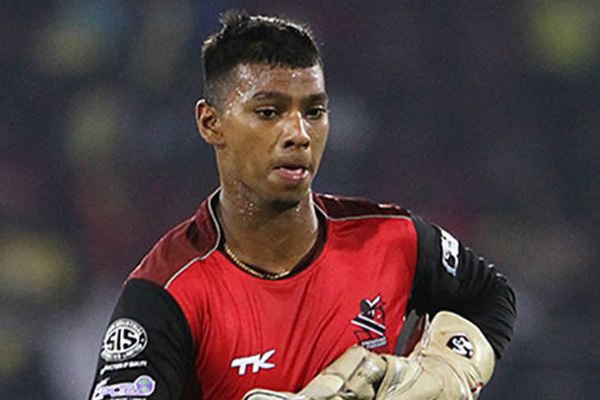 Port of Spain, Trinidad — The career of up-and-coming wicketkeeper-batsman Nicholas Pooran has been put on hold following injuries suffered in a motor car accident.

Pooran underwent surgery yesterday after suffering a fractured left ankle and a damaged left knee in an accident in St Mary’s, near his home in Couva. Pooran was returning home from training with the national team currently preparing for next week’s Nagico Super50 regional one-day series to be staged in Trinidad.

“Terrible” was the way CEO of the Trinidad and Tobago Cricket Board, former T&T and West Indies opening batsman Suruj Ragoonath described the setback for the left-handed strokemaker who burst onto the scene with a debut half-century for the Trinidad and Tobago Red Steel in the inaugural Caribbean Premier League Twenty20 tournament in 2013 as a 17 year-old.

“The situation is being monitored and our doctors are in touch with the doctor who is treating with Nicholas,” Ragoonath told the Express yesterday. He added: “The first priority is his general well-being and the second priority would be his cricket.”

Speaking briefly also yesterday, Pooran’s father Lawrence said his son was in “good spirits” ahead of the surgery. However, Pooran’s personal setback has also been a blow for the Red Force.

“It is a huge setback,” said Ragoonath. “Nicholas is one of the most if not the most talented young players in the Caribbean. His career was very much on the launching pad. We are hoping that there is positive news coming out of the surgery.”

Chairman of the senior selection panel Alec Burns was more philosophical about the enforced change. “We have to move on from this unfortunate incident. Our chain is as strong as our weakest link,” he said. “We would bounce back.”