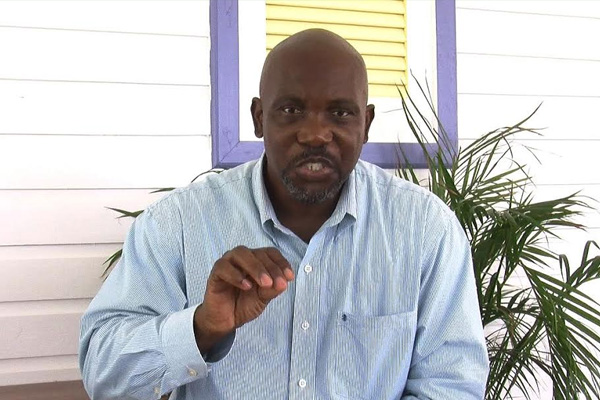 Powell: Secession not in the Best Interest of Nevis

ZIZ News — Senator, the Hon. Carlisle Powell of the Nevis Reformation Party, has said that secession does not serve the best interest of the people of Nevis.

While he admitted freely that in earlier times, the NRP had been strong advocates for secession, he also pointed out that since the 80s circumstances have changed drastically warranting a realistic change in direction on the matter.

According to Senator Powell, prior to Nevis being granted the right to govern its own affairs and chart a course which best served the interest of its people, secession was a real consideration, however, since 1983 when the constitution was amended to give the right to govern the affairs of Nevis to Nevisians, the island has been steadily moving forward.

“Before we got our own government back in Nevis, under the 1983 constitution order, we had not had a government in excess of 100 years, we had a local counsel, we had a vote for the local counsel. We couldn’t do much in Nevis, we got a government in Nevis in 1983 and we were able to move ahead with our own plans and programmes. By 1991 the Fort Seasons was open and since we were looking up, Nevis actually had a pay day. Did Nevis wish for secession at that point, since we were in control of our own affairs? No. Would Nevis want to secede at this particularly point in time, when we have absolute control over our affairs? We have our own government, absolutely not,” he stated.

Mr. Powell went on to accuse the Concerned Citizens Movement of using secession as a means of creating division amongst the people of Nevis and as a political tactic designed to garner support when their popularity wanes.

He also said their position on secession, while being integral members of the opposition alliance, Team Unity, is a contradiction as on one hand they call for unity and on the other promote an agenda which would create division.

“But the CCM has been able to use secession as a tool, as a wedge. Anytime they are losing power and are losing support, they cry secession. But look at it this way, we are now in the year 2014, CCM declares that they want secession. How do you secede and unite at the same point? They are an important and integral member of the unity party. So on the one hand they have linked up with PAM and the People’s Labour Party, to form the Unity Party and they are contesting a election, the federal election, conjointly. Well how do you unite and secede at the same time? It makes absolutely no sense. Not even the most hardened secessionist who is a supporter of the CCM can understand the logic behind uniting and dividing at the same time”.

When all is said and done, the reality, according to Senator Powell, is that secession is not in the best interest of Nevis. He then made a case in support of his conclusion.

“Secession can in no way at this time be in the best interest for the people of Nevis. I want anybody who is telling me that it must be secession at all cost in 2014, to tell me how we are going to balance the books in Nevis. I want them to show me how we are going to able to pay our own way, support our students who still have to go away to study, make sure you can pay the economy cost, make sure that we can pay for police, for prisons, our health care, infrastructural cost, and still maintain our own separate government, separate and apart from our federal government. If they cannot show me the working math, to show that we will be able to pay our civil servants on time then I say that must be a profound no”. Hon. Carlisle Powell.