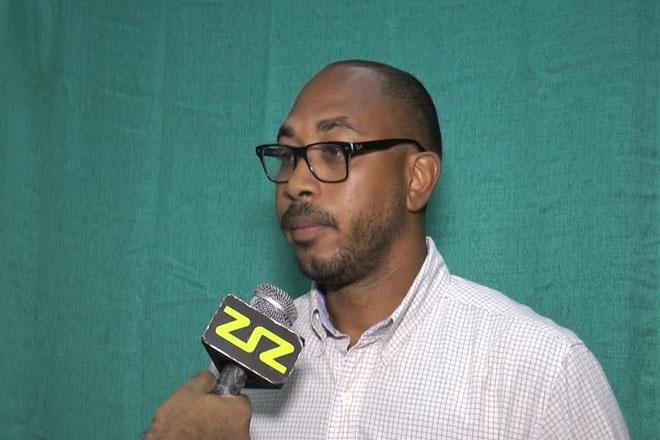 (ZIZ News) — A senior Music Festival official has shed some light on allegations surrounding fifty cent’s performance and his arrest.

Chairman of the Artists Selection Committee, Jonel Powell told ziz that 50 Cent, whose real name is Curtis Jackson, was fully informed that he was not supposed to use profanity.

“In reviewing the standard contract received from his management, I personally ensured that I added that clause into the contract, i.e. the non-use of profanity and indecent language. I understand from the Commissioner of Police himself that he and other officers did go backstage before the performance and had a discussion with the team explaining that ‘look you are not allowed to use certain language. I wasn’t there myself but I got that from the Commissioner himself,” he said.

An article in Rolling Stone magazine quoted a representative for 50 cent who claimed that the rapper was contracted to be a host.

Powell said that was never the case.

“We contracted him to come and perform. I’m sure you’ll remember from the launch of the artist line-up and all of the promotional material that was put out he was down as a performer. The only foreign host we had was Miss Kitty. All of the other hosts were local,” he said.