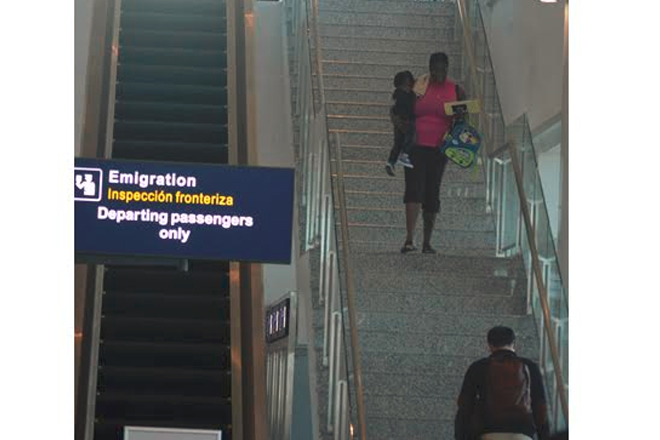 (Antigua Observer) Airport officials were kept busy dealing with the effects of a power outage, on Sunday, which caused a temporary halt to some of the operations at VC Bird International Airport.

The loss of electricity supplied by the Antigua Public Utilities Authority (APUA) from 4 pm meant that the airport terminal had to rely on its back-up power generator, which kicked in almost instantly.

However, the switch caused difficulty for passengers and at least two international flights carrying approximately 300 passengers were delayed.

The Chief Executive Officer at the Antigua & Barbuda Airport Authority (ABAA), Stanley Smith confirmed that United Airlines and American Airlines, both of which were bound for the US, were delayed for two hours.

The air bridges utilised by the two aircraft could not be retracted and as such the planes could not leave as scheduled.

Smith said that the information he gathered suggests that the power from the generator was not properly distributed. “So we experienced low voltage on the bridges which prevented us from retracting them.”

The two international flights departed VC Bird International Airport after the successful efforts of staff to retract the bridges.

Passengers remained on the aircraft while the problem was being rectified, according to Smith.

Passengers told OBSERVER media that the escalator broke down after the power loss, but Smith said he’s uncertain whether the equipment, which was not functioning at the time, was affected by the incident.

Other everyday functions at the airport were not affected, according to Smith, who indicated that other international and regional flights operated as normal.