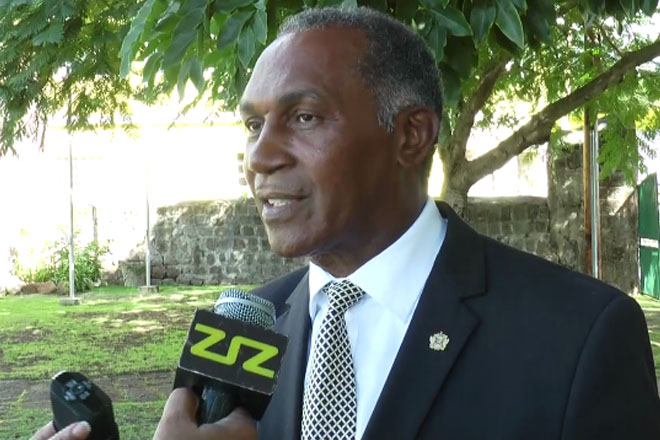 (ZIZ News) – Government officials in Nevis met on Tuesday morning at Assembly Chambers to begin the presentation and debate for the 2016 budget.

During his two and a half hour presentation, Nevis’ Premier and Minister of Finance, the Hon Vance Amory outlined the components of the $193.03 million budget, which included new initiatives for 2016.

Among them were a promotional campaign to boost tourism, construction of a solar energy facility, and programmes to boost small business development.

However, Mr. Amory told ZIZ that the most important aspects of the budget were social programmes and training opportunities that will benefit the people.

The Premier noted that the focus on young people is a critical area for his administration as they seek to “get them to grasp the idea that they have an important part to play in the way the country goes by getting training at school; because we looked at from school right through to tertiary level, to doing vocational training and becoming capable of taking up the jobs that are available that’s our first thrust.”

The 2016 budget has no new taxes. Mr. Amory said this is a key part of the government’s efforts to keep the people’s interests a priority.

“How we as the government manage the resources to ensure that we do not overburden the people by increasing taxation through our more efficient tax collection, that’s the first thing, ensure that we do not engage in over-expenditure, wastage that will, again, put a burden on revenue collection which might include taxation so we’re looking at ensuring that the people at all turn, in their own behaviour in their own pursuits that they were first,” he added.

The summary of expenditure for the 2016 budget indicates that the Ministry of Finance, Statistics and Economic Planning is allocated the largest portion of the budget…approximately $71.3 million, followed by the Ministry of Communications, Works, Public Utilities, Posts, Physical Planning, Natural Resources and Environment with just under $34.5 million.

The Ministry of Health is allotted $25.5 million and the Ministry of Education and Library Services is budgeted for just under $24 million.