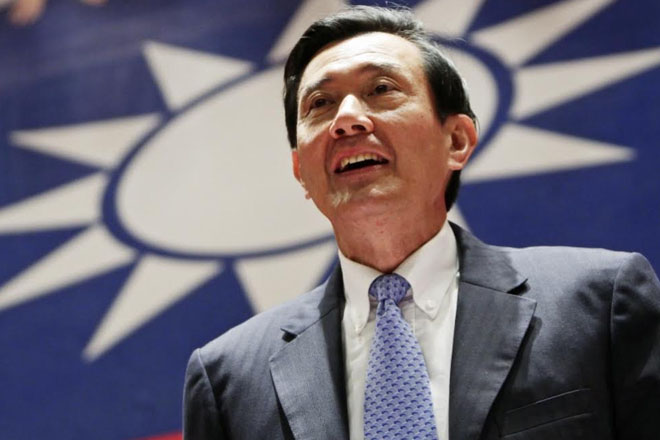 (ZIZ News) — President of the Republic of China (Taiwan), Ma Ying-Jeou has spoken of the solid partnership between his country and the United States since the Second World War and his hope for peaceful relations among Taiwan, Mainland China and the U.S.

During a video conference with scholars at Stanford University on Tuesday, President Ma said the Land Lease Act of 1941 and the raw materials supplied under the Act are examples of America’s friendliness and generosity to Taiwan.

He noted that the U.S. officials have appreciated the proposed South China Sea Peace Initiative to resolve territorial disputes in the South China Sea, and reduce tensions that have put Beijing at odds with its neighbours and the US.

“On the 26th of last month, I formally announced the South China Sea Initiative, hoping that the relevant parties will shelve sovereignty spirits to pursue peace and reciprocity and promote joint exploration and development. By upholding those principals, we hope that all the parties involved will work together to maintain regional peace and promote regional development. Immediately, a U.S. State official stated that the U.S. appreciated the proposal in the South China Sea Peace Initiative,” he said.

He also urged the scholars at Stanford University to support his peace initiative and look towards a future of harmonious relationships for all involved.

“I sincerely hope that all the outstanding scholars and experts gathered here will support the pursuit of peace that I’ve presented today. So, today as we commemorate the 70thanniversary of the R.O.C’s victory of the resistance towards Japan and end of World War II, I hope we can put aside the trials and tribulations of the past and look forward towards a brighter future,” he said.

The President spoke via live video feed to commemorate the 70th anniversary of the end of World War II and the long history of the U.S.- R.O.C. relationship.