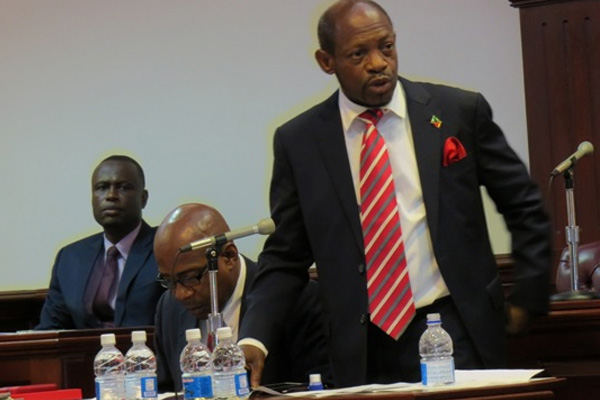 (ZIZ News) — No new taxes for 2015, more items added to the Value Added Tax exempt list and a drastic increase in the projected revenue for 2015 were among the highlights of the Rt. Hon. Dr. Denzil Douglas’ Budget Address for the 2015 fiscal year.

Prime Minister Douglas, the nation’s Finance Minister, revealed his projections and compared them to figures for 2014.

According to Dr. Douglas, preliminary estimates indicate an overall surplus on the country’s external account of $168.6 million which equates to 7.8 percent of the Gross Domestic Product for this year.

He also shared his Ministry’s projections for revenue collected from taxes.

The Prime Minister also reminded those viewing and listening, of the three percent salary increase for civil servants which will take effect next year.

“While this includes a three percent increase in salaries for civil servants with effect from January 2015 and the payment of increments during the fiscal year, we have made every effort to otherwise contain expenditure. A total of $133.2 million is also being proposed for capital expenditure and net lending in 2015. And this will be in excess, Mr. Speaker, of the 2014 estimate by some $25.6 million or 23.8 percent,” he said.