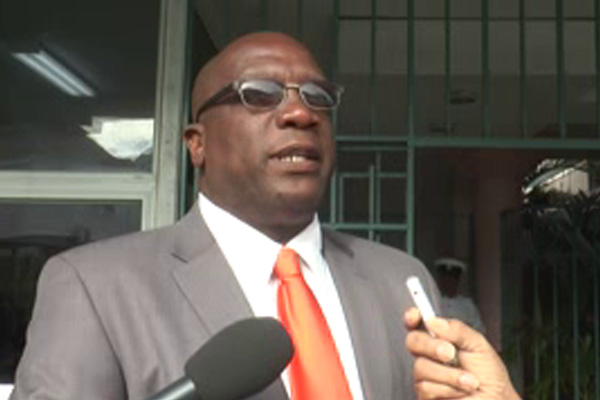 Dr. Harris was greeted by an appreciative gathering who cheered him on as he delivered brief remarks.

He said, “We want always to remain humble and to serve you justly and do the good thing for our country. So today marks the new beginning, the new way in which we will govern.”

Dr. Harris said it is important for his team to maintain a high level of transparency as they govern the country.

“There will be no secrets from you unless they are critical to the security of the country. We want to keep you in our trust and we’re asking that you keep us in your prayers. The journey has just begun and although we have won, do not forget to pray because we need it even now more than ever if we are to deliver on the prosperity agenda which we have promised,” he continued.

Thursday morning’s address was followed by a tour of the building.