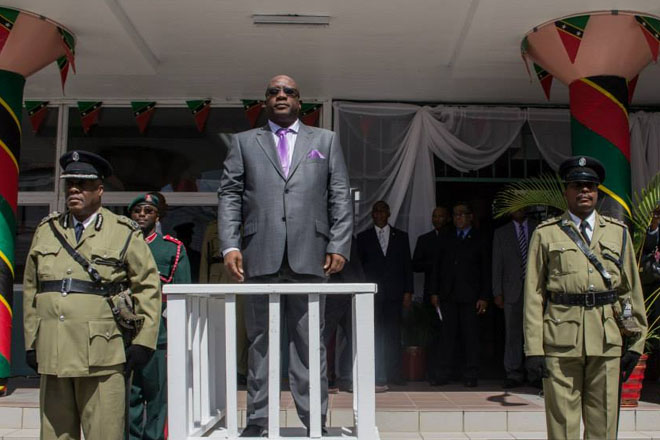 (ZIZ News) – Prime Minister, the Hon. Dr. Timothy Harris has made public his desire to see the Federal Parliament of St. Kitts and Nevis be housed in its own building.

This was revealed, last Thursday, during the Prime Minister’s presentation at the opening session of the new Parliament under the Government of National Unity.

“I believe Sir, Mr. Speaker, that as the leader of the government side indicated to me as we came here and we noted the overcrowding of the precincts of the parliament on this occasion, he said to me ‘Mr. Prime Minister, we should move one day to have a house of the parliament separate and distinct from the Government Headquarters’,” the Prime Minister revealed.

“I thought that it was a suggestion that had good value and I immediately have adopted it as a policy for this government going forward,” he added.

Prime Minister Harris said the three arms of government – the Executive, the Judiciary and the Legislative – are separate and deserve their space so that they can function properly.

Dr. Harris said he recently held discussions with government officials in Trinidad and Tobago on their parliamentary system.

“We want to get to that level of development in our parliamentary democracy, where the institution is treated in an ennobling way so that our lives can be enriched as a result of that participation. We therefore would want to ensure that our new parliament will have expanded chamber space and it will have expanded room in the gallery to house all of the people who are willing to come. We expect that our parliament would be robust and dynamic, and a result of that we would want to put a library at the disposal of the National Assembly,” he said.

The prime minister further revealed that Trinidad and Tobago has its own Parliamentary Counsel that is different from the parliamentary support provided by the government.

“So their parliament takes on its own independent or interdependent life – and we would want, to the extent that resources are available in St. Kitts and Nevis, to go there and to move there,” he said.

“We would want to ensure that moving forward, we can have regular minutes of the activities of the parliament .and we could have real-time, the recordings of what transpires in our parliament. And so we will learn from others and we will adopt best practices in relation to that particular matter,” he explained.