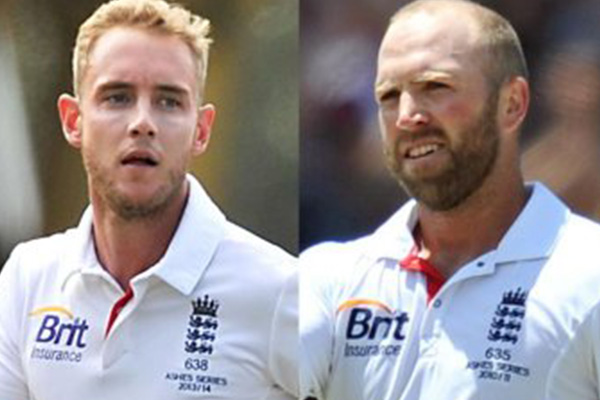 Prior, Broad talk man down from bridge

England players Matt Prior and Stuart Broad were reportedly involved in preventing a man jump from a bridge near the team’s hotel in Sydney. Prior and one of England’s security officers helped the man away from the edge of the bridge after attending a Barmy Army charity event on Tuesday evening.

The man was spotted on the Pyrmont Bridge in Darling Harbour by Prior, having removed his shoes and thrown away his wallet, passport and mobile phone. Newspaper reports said that he was from Cheltenham, in the UK.

“We just did what anybody would do in that situation,” Prior said. “We were trying to help a bloke who was struggling and in a bad way. I look back and I’m just glad we left the bar when we did and we were there for him.”

Prior, Broad and security officer Terry Minish stayed with the man for almost an hour, before police attended the scene. New South Wales police declined to comment on the story.

“Walking back to the hotel we spotted a young man on the edge of the bridge about to jump,” Minish said. “He was saying he just wanted to drown. Matt helped to pull him down off the edge of the bridge and sat with him until the police arrived. It all happened very quickly and we acted on impulse. It is what you do in these situations.”